“WOW” is a creative production that is mainly a advertising and promotional video for the company based in Sendai and Tokyo.

5 units from WOW came together to collaborate on and publish the art book that celebrates the company’s 10 year anniversary. There are two parts. The first focuses on “Reconstruction of the last 10 years” and the second “The Next 10 years”. Participants include WOW members, Shigeki Hattori (graf), Yoshio Kubo, Gwenael Nicolas, Koichiro Tanaka (projector inc.), artless, Masashi Ishiwatari (Ikenobou) and art direction by artless. 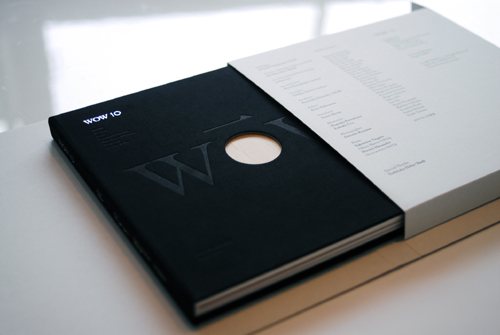 On June 29, they threw a release party in WOW’s office. Collaborators in the project and many guests joined the party. 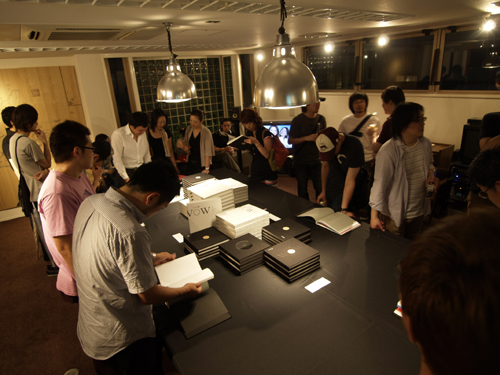 Just released “WOW10” in stacks on the table caught the eyes of the guests.

Below is an Interview with Syun Kawakami who created the web based work, among others, that ticks away ten years. The piece “10 Years Clock”, is a collaboration with the creative office of – Projector’s Koichiro Tanaka about the design of this book, WOW and what is going to happen over the next 10 years. 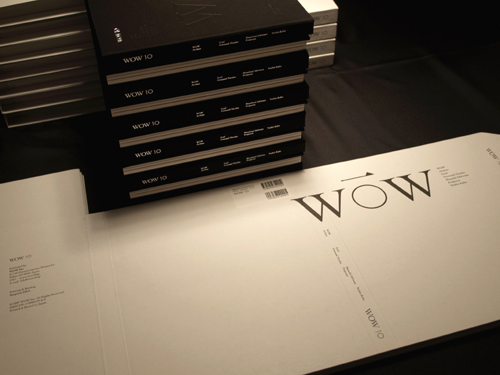 “I’ve known WOW for years and been a client. I really respect their their ideas. For this project, WOW gave me a title and contents and let me work on the rest as I like. First of all, I come up with an idea of this logotype.”
* “WOW”‘s “O” replaces by “0” and will be “10” – character play