The 25th art fair in Brussels got quite a lot of media attention. It was the first time that we got to hear something about it on national radio, or get some preview publicity on national television. As we’re open minded young people, with a heart for the fine arts, we thought it would be good to get to Art Brussels by train and metro. A friendly french speaking stranger offered us a free invitation card for two persons. He saved us each 15 euro entrance fee. 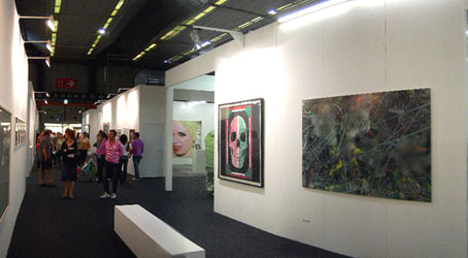 Art Brussels was held in two halls of Brussels Expo, close to the Atomium monument. A few hundred galleries from all over the world presented their works in rather small cabins. All works were for sale, though we didn’t even dare to ask for prizes. 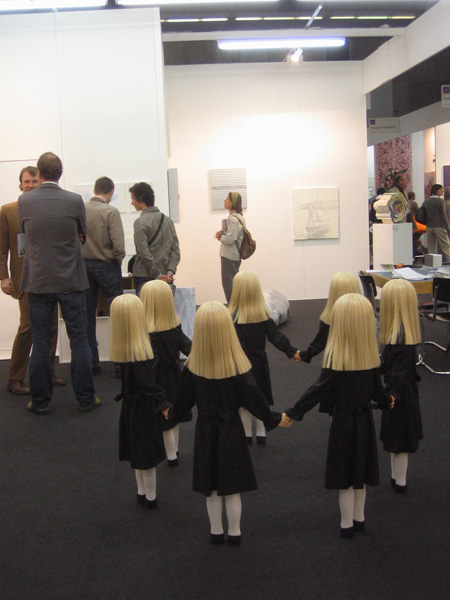 A lot of visitors wore costumes, and most of them weren’t to be called young people anymore. To stress the event to be a ‘chique’ gathering, there was a champaign bar and one of the sponsors was car fabricant Maseratti. I must admit there was a children’s corner with art wich was as dull as of the elder artists trying to sell their expensive stuff at the fair. 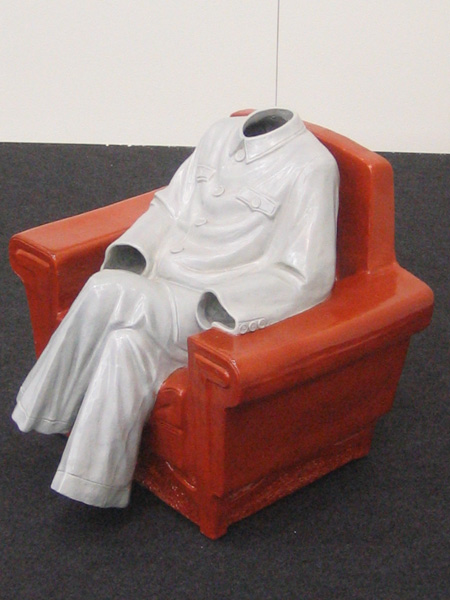 Most galleries showed things we would address as being crap. Mind it was not a design fair. It was art. Bricks hanging from the ceiling, a few umbrella’s stuck together into a ball… Paint your canvas green without any shapes init at all and sell it as art. I do can go on. Only a few of most galleries did show valuable art. Luckily we didn’t spend 15 euro to see this. I bet people pretending to be upper class and art experts did enjoy this however.