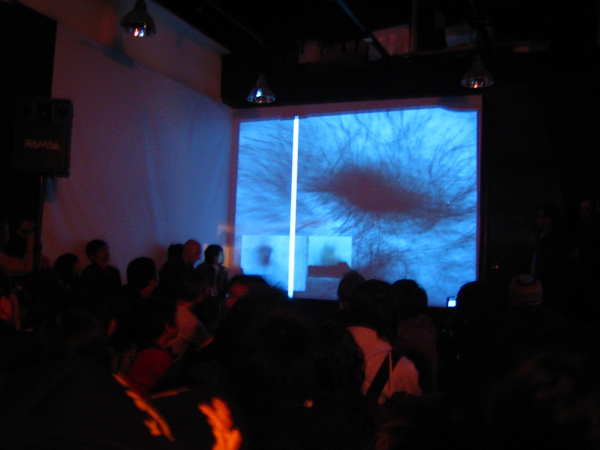 Since 2003, Lona Records has become a mainstay in the small yet burgeoning experimental music scene in Hong Kong. While releasing full-length albums ranging from ambient to post-punk, one could argue that Lona’s gems are found in their 3-inch CDR releases of local and overseas artists. Showcasing sound, music and multi-media works in limited editions of 50, these wee CDs and DVDs house a wide range of genres that explore remote aesthetic territories. This January, Lona released its latest collection of 3″ releases with a launch at Videotage, featuring the sonic experimentations of Sherman, Huang Jian, Magdalen Wong, Sin:Ned, Wilson Tsang, Zenlu, Alok, L W T V, Splinter VS Stalin, and No one pulse. 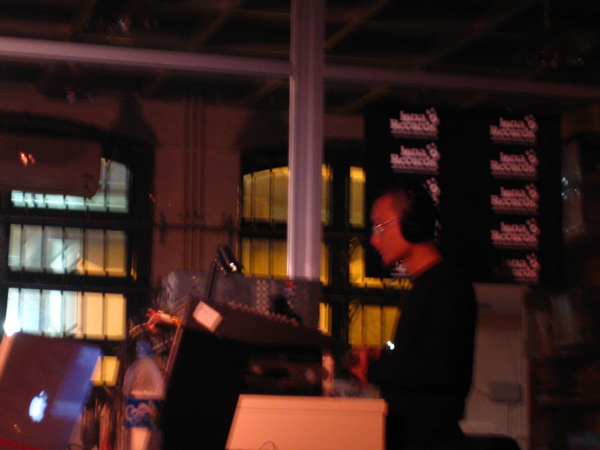 With sets that easily melded into one another, several artists delivered laptop sessions that offered glitch pop crackles amidst droning waves, aural layers hovering over puncturing beats, and the twinkling of a thousand pieces shattering through drowning crescendos. Other acts diverged from the use of computers, such as Magdalen Wong and her ensemble of vocal improvisers, who provided a soundtrack to a black and white video projection of natural phenomena such as human navels and tornadoes. Wilson Tsang’s performance using an amplified toy piano produced hollow tones over soft dry static. In two noise acts that followed one another, L W T V evenly slid his bow across his plugged violin while seated close to the amp, producing subtle variations in heavy noise, while Splinter VS Stalin, who dangled a small mic over a line of thread anchored to the floor and attached to his body, played with loop petals and his proximity to the amp to create aggressive sounds. 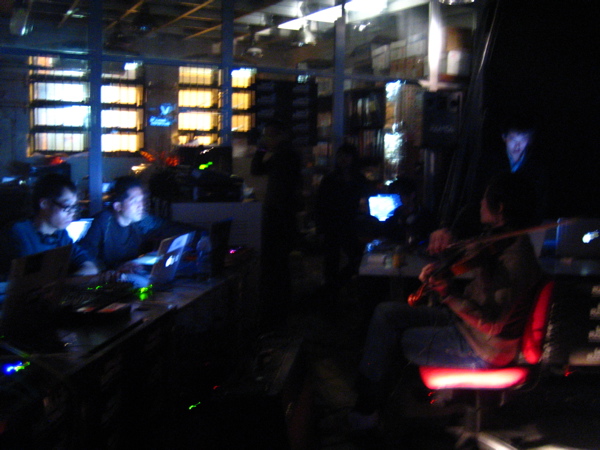 At the end of the evening, all the artists banded together for a jam session with Alok on the mixing deck, blending together disparate styles into a compelling, morphing soundscape. The fixated audience throughout the show was evidence that Lona Records has become a much-needed label for eager listeners in Hong Kong. With a solid roster of new releases, Lona Records’dedication to promoting local independent artists continues, providing experimental sounds that are challenging, potent, and dreamy.