Some people still have a childish look in their eyes. When I look at them, I can clearly imagine their faces as little boys or girls. Something in their eyes and smile still holds some kind of hope. It is hope I see in them. Pablo Dacal is one of those big kids. 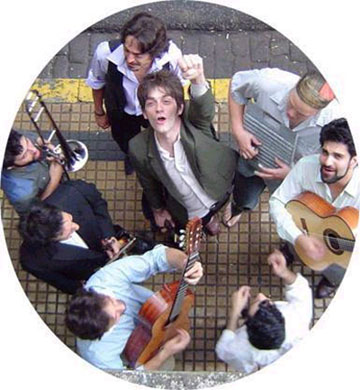 But he’s, most of all, a musician. He sings and writes his own songs, he plays the guitar, the flute and the piano. He likes to perform in little cafes for a small bunch of people and he likes to sing with his orchestra, too. He also teaches music. The art of how to sing well, how to breathe properly and how to create a unique particular sound. For him, this is an everyday job. To wrap songs in papier mache and save them in his pocket for a troubled rainy day. Or a trip. 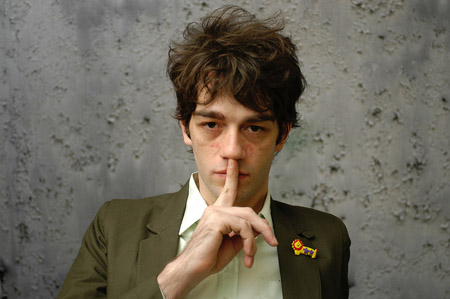 Pablo Dacal started this road trip looking for stories to tell. Then he wanted to escape from serious, so he chose funny. “I began singing when I was a kid; it was like a game to me. I used to put old Beatles records and sing along with them”, Pablo says with a grin. “I have a musical family. My father plays guitar and my mother sings”. 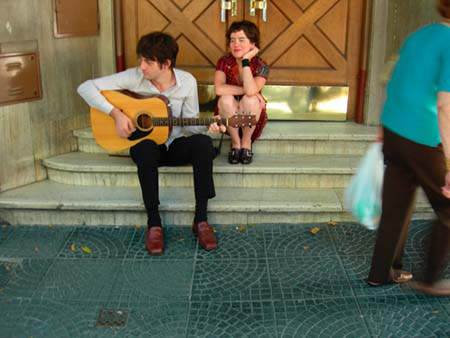 Pablo began studying music when he was 13 and he went on and on. In this “lonely period” he began writing songs, buying music magazines, playing while listening to albums, going to live shows, buying records. It was a whole spontaneous learning program for Dacal.

While he was learning the know-how, he formed several bands, started performing in live shows and edited many records. But he didn’t wait for the big brands to call him; Pablo prefered to solve his own problems by editing his own albums. And he succeeded.