The first time I saw a Henrik Vibskov creation was in a grimy club in Berlin. It was late, very late, and a vision suddenly struck me from across the dancefloor. It moved towards me, nothing more than a graphic pattern, of intertwined, multi-coloured rubix snakes, that jogged a part of my hazy memories of the 80’s.

And it whispered in my ear, it whispered… Well, that part I can’t remember, and anyway it’s irrelevant, because that sweater-top shined in my eyes like a beacon from outer space (and I never saw that man again). If that’s the sort of effect a floppy, fleecy-lined sweater can have, then I want more of it. 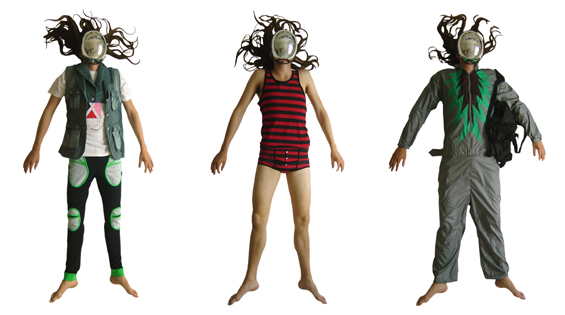 Henrik Vibskov grew up in a remote part of Denmark, amongst the grass and the trees and a family who made frequent trips to the seaside. He started his career young, a keen drummer by the age of ten, and by twelve he was getting awards for break-dancing, drumming and beat-boxing his way across Europe. Pop antics soon gave way to more serious study at a design school in Denmark, followed by a stint at a traditional fashion house, and a string of exhibitions thereafter. He then went onto study fashion at Central Saint Martin’s College in London, which not surprisingly, considerably raised the profile of his work. By the time he graduated, the young Vibskov had set himself on course to pursuing various directions in art, fashion and film, and gaining a lot of recognition. 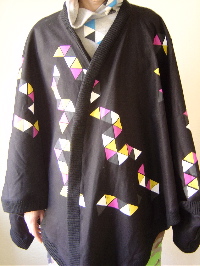 His list of credits is impressive, from his independant film work ‘The Monk’, which won first prize in the Beck’s Student Future film competition, exhibitions at the ICA in London and Sotheby’s Gallery in New York, and a scholarship from the Danish Art Foundation which gave Vibskov the chance to develop his fashion projects. 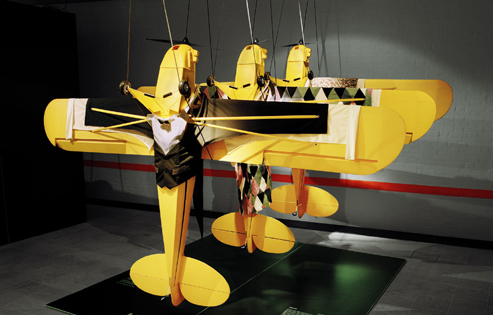 How the hell does he do it? So much creative output can hardly be generated from a set of one-off, random musings. In Vibskov’s case, not dissimilar to other notable designers, it’s not so much about the medium as it is the message. Film, fashion, art and back again. Take your pick. 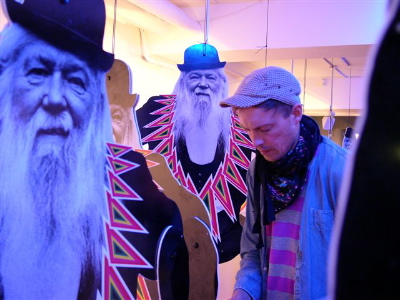 Henrik Vibskov and his ‘Madsen’ installation

In his 2006 ‘Madsen’ collection, he is inspired by two characters, creating a story that manifests itself both as an art installation and a menswear line. There’s an oddball doctor fooling around with quicksilver, and Vibskov’s real-life neighbour, with an uncanny likeliness to the doctor. The neighbour then becomes part of Vibskov’s social experiment, and is eventually used as a central image.