When Super Special Agent Uzgur, a dutiful civil servant whose ambitious goal in life is to fight against racism, sex and crime in Vienna’s district of Ottakring and whose grim day-to-day adventures include broken coffee machines, unpaid parking tickets and robbed old ladies, faces a mysterious murder his eyes start to shine: Finally a real case! But who killed the unknown woman? In the course of their investigations, Super Special Agent Uzgur and his two assistants, Agent Gullie and Agent Lassie, who turn out to be a love couple during the play, face the bare facts: Death is always the murderer… 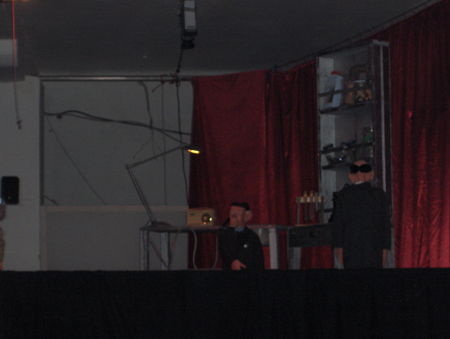 The witty puppet show for adults, which is full of poignant sarcasm and allusions to the Austrian and Turkish culture as well as to the very distinctive culture of the residents of Ottakring, was written by Heinz Erdmann and Martin Schwarz, two spirited young freelance authors who live in Vienna and who agreed to write the play simply “because it’s been great fun”. 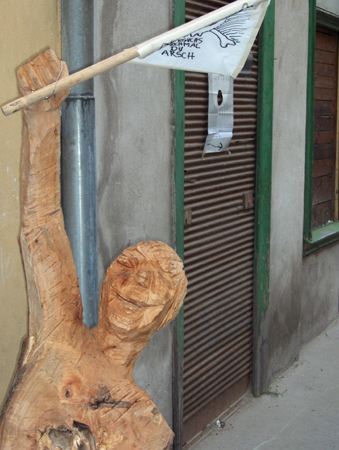 CSI Ottakring was performed in the framework of “Soho in Ottakring“, an annual culture festival which takes place during two weeks in the area of the “Brunnenmarkt”, a pedestrian zone in Vienna’s 16th district where deserted shops are being transformed into exhibition halls and event locations during the festival. The area, which is well known for its mix of Austrian, Turkish and Asiatic cultures and traditions, is currently “under construction”. Besides traditional renovation work, the reconstruction of the Brunnenmarkt area is characterised by efforts taken to promote integration and come to terms with the clash of different cultures and interests in the area. 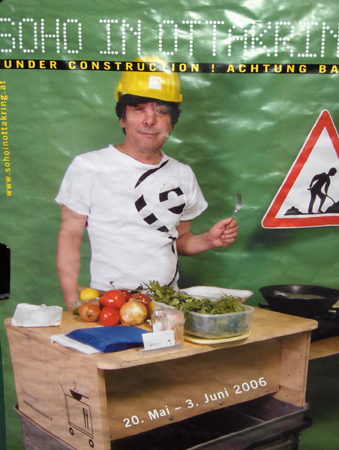 Among other locations, the Ragnarhof, an abandoned industrial site dating from the 19th century, has been a platform for creatives and artists for more than 15 years. The former factory offers 400 m2 of exhibition space and studios. Art is produced, presented, absorbed and celebrated there through interactive processes that offer room for creativity and integration. So far, the focus has been on exhibitions, events, painting, sculpturing, installation, photography, film and video, performance, classical music, DJ, literature, theatre, opera and now also puppet theatre for adults.