So you thought the Viennese might have had enough of celebrating Wolfgang Amadeus Mozart’s 250th birthday? Ha! Quite the contrary! The party will go on for a while. Whereas you can still enjoy the famous composer’s classical works in Vienna’s concert houses something completely different is coming up later this month. Something that is going to provide you with a surprisingly new perspective on the old master. It’s rock, it’s soul, it’s in the outdoors. And yes – it’s surely Mozart as well! 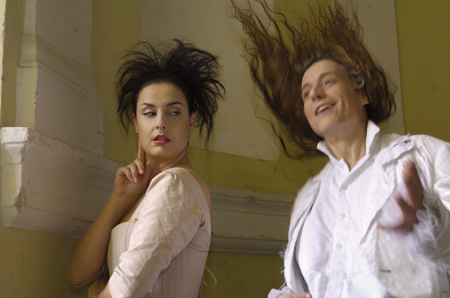 If the combination of rock music and Mozart only stirs vague memories of Falco‘s hit song “Rock me Amadeus” dating from the eighties you should definitely visit Vienna’s awesome Augarten on 26th and 27th May, where Mozart had conducted a historical morning concert exactly 224 years before. Anno 2006, the sound of Mozart’s music will once again travel through these beautiful gardens, though in slightly different ways. Coming up are two special performances by the “Mozartband” together with the Prague Chamber Orchestra, Joe Zawinul and the Alegre Correa Group. 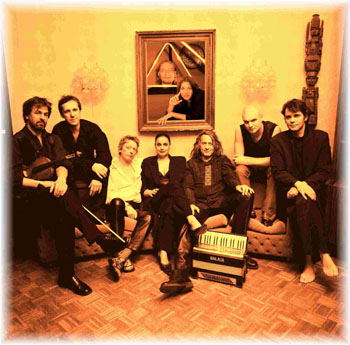 The Mozartband has its roots back in 1995 in Vienna, when five Austrian musicians got together to play some modern interpretations of Mozart’s classical works on the initiative of Wolfgang (what’s in a name?) Staribacher, who takes the original works by Mozart as a starting point for his own rock and soul compositions. Sometimes Staribacher makes improvisations out of the original scores, sometimes he extends the compositions where Mozart’s melodies stop. The result is a new sound which still reminds us of Mozart’s unique compositions.

In the meantime, the Mozartband has grown to a group of nine musicians. They play concerts regularly in Austria, Germany, Switzerland and Slovenia. In 2002, the band released their first cd called “Soul“. The band has delivered some special (media) performances in the first few months of 2006, but the indisputable highlight will be the two open-air concerts in the Augarten. It is not only the location that makes it appealing, but also the fact that the band has announced to play a whole bunch of new Mozart-originated songs, which will also appear on their second cd “Vulcano Allegre“, due to be released later this month as well.