During the day time in Klaipeda audiovisual event Go Gaga was presented in art exhibition pavilion with some contemporary sounds from Partyzanai DJs and Few Nolder. Also RUT RUT and Vodka Jugend visualized the presentation. 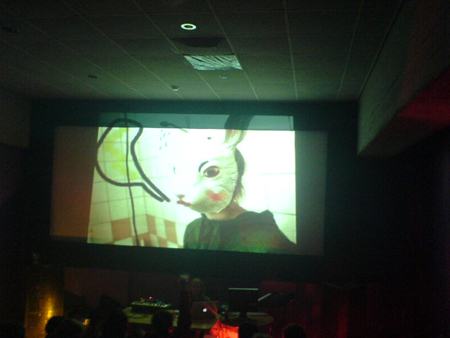 By night Go Gaga moved to post-soviet cinema theater, Zemaitija for continuation. Artists from Vilnius were joined by some locals such as IJO – independent musician, songwriter from Klaipeda. He strewed some 250 bpm breaks and later turned into some avant-garde electronica which is possibly the most important part of his musical personality. 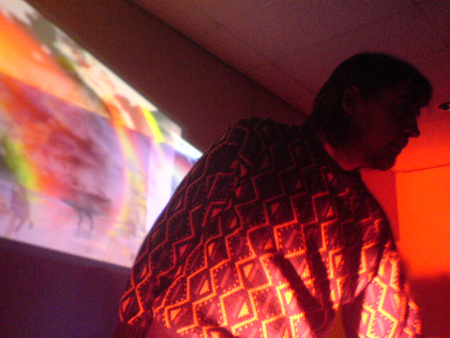 A small peace of it will be brought to Siauliai town of Lithunia during multimedia festival ENTER 4. Also Partyzanai DJs and RUT RUT VJs with Go Gaga sounds and visuals will move to Electronic Balticum Festival in Dortmund, Germany.

After it on May 20th Go Gaga will be held one more time in Klaipeda. This time with Metope – a composer from Cologne – live set and Giraffentoast VJ on stage.

Go Gaga organizers are also planning to release the second DVD with new Partyzanai DJs mix, Few Nolder EP and visuals from all the VJs who were involved in Go Gaga.