Music presented during Go Gaga events is strongly connected with electronic dance scene coming from Germany and UK. Actually it’s not strange because these countries are really musically most impressive these days. 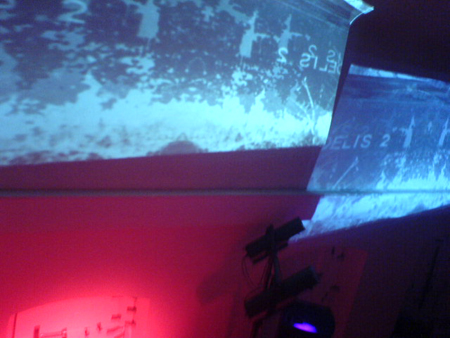 Go Gaga tries to be more live event and prefers live bands to DJs, but it’s quite normal to meet some of them in Go Gaga too. Organizers also try to involve as many local VJs as possible. Basically they are working live during band or DJ gigs and are inseparable part of the event.

Lithuania as East Europe country still have some unique architectural spaces left from Soviet Union times. Go Gaga always tries to use them as original ingredient for better event atmosphere. 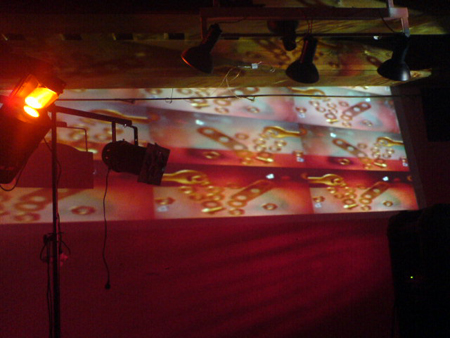 It is also vital to actualize these forgotten places, because lots of them are really distinctive part of Lithuania history. The saddest thing is that today’s situation in Lithuania for them is extremely bad, because lots of these building are privatize and being crash down. In five-year period we will be simply out of them.

The first Go Gaga was organized in December 2005 at the oldest cinema theater in Vilnius, Skalvija. During the event DJs, VJs and couple of live bands had a possibility to perform inside cinema hall. Also the first Go Gaga DVD was presented with Partyzanai DJ mix and special visuals created by RUT RUT VJs. 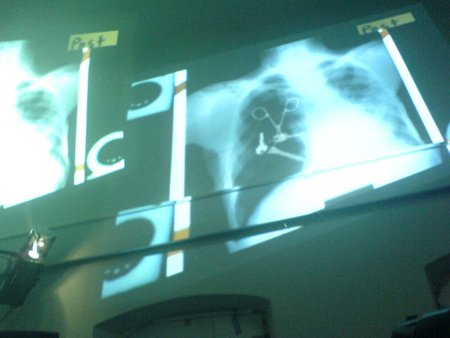 In Vilnius Go Gaga was presented in old town’s gallery, Arka. Modern but quite cozy and with lots of halls inside. Go Gaga occupied two halls for its artists. The bigger one was dedicated more to live dance music and the smaller one more for listening.

Partyzanai DJs was heating up dance floor with their full spectrum of sound emotions. VJ Vodka Jugend and VJ Westa from Mistake VJs were visually stimulating their set.

The Headandshoulders with their rock-meets-electronic or electronic-meets-rock tunes from Vilnius made everyone raise their hands and prepared for the main gig of GO GAGA. VJ Rokas prepared and showed some special visuals for them.