The “Drawing Restraint” series was started by Matthew Barney while he was a student drawing “free climbing” pictures. It was his first solo exhibition, “The Cremaster Cycle” at the Guggenheim Museum, where I was able to see his work for the first time. I kept watching the monitor, enchanted by the life size character that overwhelmed the museum.
This work “Drawing Restraint 9” will travel around the United States, starting with its premiere at MoMA and IFC. It takes charge of the exceptional talents of Matthew Barney accompanied by music from Bjork, his partner in life. 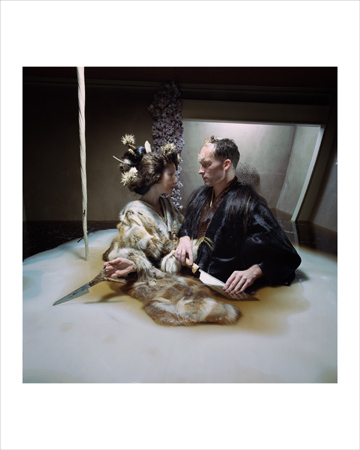 The occidental guests who embark respectively to a whaler boat in “Nisshin Maru” purify themselves in the bathroom and change their clothes to imitate that of a Shinto wedding and attend tea ceremony. The tension apparent at the beginning of the movie exists throughout.

There is no scene of futility and packs a wonderful present, wrapped by an extremely sufficient performance. A “stripped seal” peels off very smoothly at the end. It seemed that while the sealed partition and beauty similar to a sanctuary does not allow the others to come near while marking the end of one work, another appeared instantaneously. This style is replicated in other scenes. 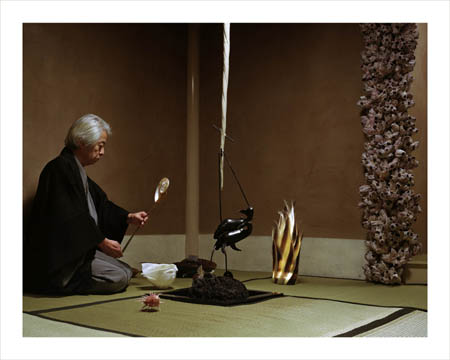 Although it focused on “whaling” from beginning to end, and was a reflection of Matthew Barney’s opinion it personally affected me as well…being Japanese. There is no scene from which the whale actually comes out, though the motif of the whale coming out is tangible at every step. It is enshrined and the plaything and shape are on view t various points. The guests eat the meat while crossing swords with their lower limbs each in the tearoom where a large amount of Vaseline flows at the end. Finally, the appearance of two people wearing shapes gradually morph into the whale.

The pulpy liquid is poured in a mold. It hardens and becomes a white gel object. When the type frame is removed, the object that tips the balance changes its shape again, being divided into many.