“MUSA BOOK” by a Portuguese design collective MUSA Collective will be official presented after 2 years of the beginning of the project published by one of the biggest publishing houses in graphic and experimental design IdN from Hong-Kong. “MUSA BOOK” presentation will be part of the “Circuit” program, an event occurring in Lisbon 27th to 29th April that MUSA was invited to enter. 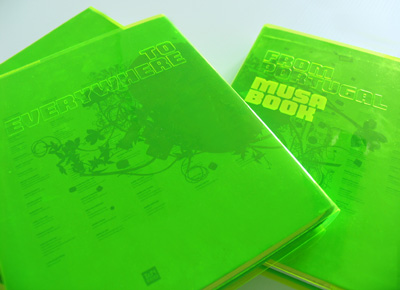 It all started one summer afternoon in 2003. There is a dream, an idea, a huge will to do something. To do something for Portugal design’s sake. Merely two years later, part of the dream come true, a “MUSA BOOK” was released by IdN, the publisher, which able to achieve an international edition that would allow for massive, worldwide distribution. Yesterday, there was no such thing as “Portuguese design”, and there still isn’t. They never imagined that such a concept would start to exist immediately on the publication of this book. What they did think, though, was that this project, as well as others that appeared in the meantime, are bound to contribute to the construction of such an identity. It may still be a distant ideal, but it is one that is growing bit by bit. 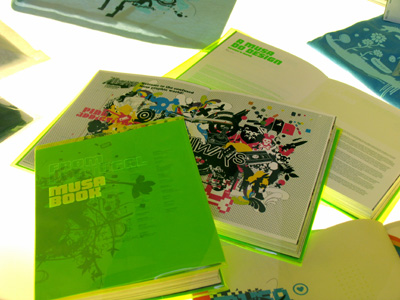 Portugal is much more than its quaint, donkey-riding image may give people to imagine. Besides EXPO’98, the European Football Cup or the MTV Awards, Portugal stands today as a country open to the world to which it is inscribed and a part of the global village wherein they all live.

By the subject “TASTE” defined by “Circuit”, MUSA presents the concept “Eat Graphics (Official launching “MUSA BOOK”)”. Inspired in this concept will be some surprises, making the plugg-in to “MUSA BOOK”. Green is the colour of the launching. Hope green. Hope is the word of order of this book, that presents as the 1st compilation book of artists, designers and Portuguese illustrators.