Aer is an emerging visual communications studio based and founded in Barcelona, Spain in 2002. Principally, Aer specializes in interactive media but have also worked in multiple disciplines. 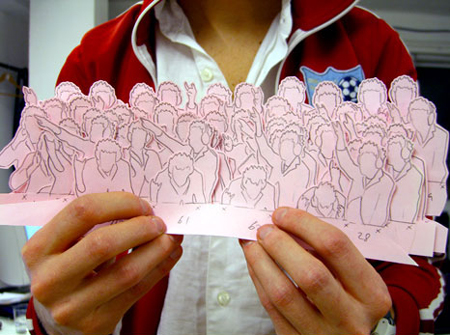 Since they have formed, they have undertaken projects that have had considerably different objectives ranging from a functionally unorthodox website based on user experience to more standard corporate work with the requirement to adhere to corporate specifications. Their most standout contributions thus far have been the work accomplished with the least amount of restrictions. In general, Aer’s aethetic is not tendency/trend driven but instead justified by a concept or an idea. 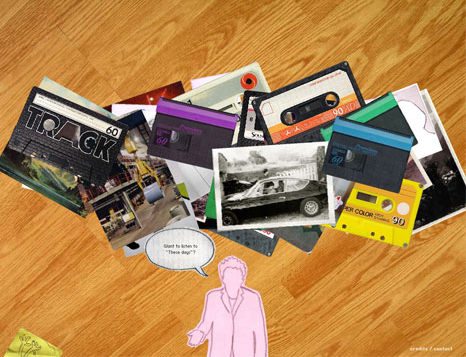 Askfordomotic.net was a pro bono project. Simply put, Aer enjoyed Domotic’s music and offered to make his web site free of charge. Domotic is a musician from Paris, France of the record label Active Suspension. Askfordomotic.net is an Aer project done in collaboration with Steph Thirion. The production of the site was in large part manual work involving tracing frames taken from video, cutting out the frames with scissors, lots of scanning, and the recording of analog sound effects made with the mouth. 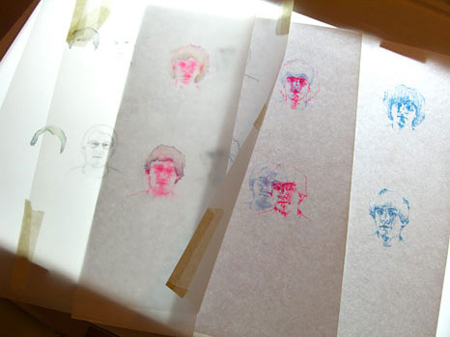 Human Television is a band from Philadelfia on the Gigantic Music label. Aer offered to do a concert poster for an upcomming event in New York. The process to make the poster conceptually emulated the same process the band uses for composing music: cutting and pasting, repitition and layering while never hiding the process. Smudges, masking tape, the scanner bed and imperfections in general were all purposely left for everyone to see.