The biggest video festival in the world Resfest had come to Japan again. Resfest go all over the world on the tour. This is the 7th time this year for this event in Japan. Compare to the first time in 1999, digital films are much closer to us that mean there is no curiosity to it, and often time, people loose interest in it, just because it is too popular. This event introduced us today’s digital films and showed us there are more potential to it. 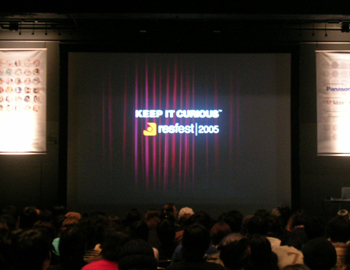 This event was held at Laforet Museum in Harajyuku Tokyo as usual. It showed us today’s digital film media from various situations. The programs included music videos, short films, feature films, and special selection films that were selected by Resfest point of view, and also workshop, and talk show by todays hot directors. 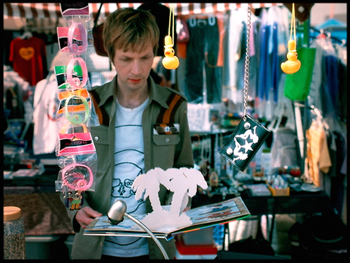 There were many programs got people’s attention. Especially a film focused on musician Beck, titled ” Beck Retrospective”, who always releases original music video with hot directors in the time, and films “Triple Threat”, “Shorts” series, and “Res Mix” series by the three most remarkable directors today were amazing!

The first film was titled “The Architecture of Reassurance” in 1999. It was shot by 35mm film, so you might think, “Where did they get the projector?” but for now let’s just not worry about it. It is only better to see the film in the big screen than watching it on TV or PC. I was satisfied great landscape of a new suburban residential area, and of course Alice in the big screen. If you haven’t seen it, please check his DVD “GAS DVD”. 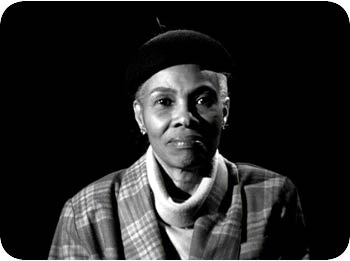 The other one is a documentary titled “Not How, What or Why But Yes”. Mike Mills himself interviews and asks “What is the 5 things you want to do, if you find out you can only live 3 months?” to people with different ages, races, sex, and occupation.

The answers are various, like about families, partners, and fantasies. He asks this question few times to the same people but the remaining days are getting reduced. At the end, the interviewee and also the audience end up with the theme that it doesn’t matter if you’re dying because the important thing is what you really want to do now.

This documentary is different from his other films in terms of having beautiful images and fashion scene, but it spoke to us with great power of persuasion. Also his new movie “Thumbsucker” starring Keanu Reeves is releasing in Japan soon.