In Berlin, there were four art fairs held from the end of this September to the beginning of this October – Berlin Art Forum, which will be the 10th anniversary this year; Berliner Kunstsalon, which has been started since last year; Berliner Liste and Preview Berlin, which is just about to start this year. 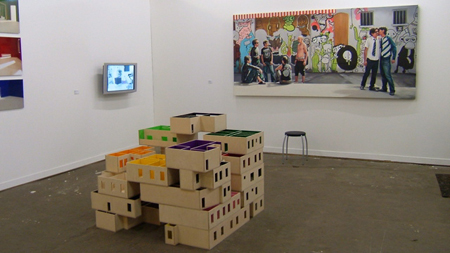 Considering the fact that new art fairs are going to be established soon, the Art Forum could be the leader that lead these sample markets until nowadays. 111 galleries from 25 countries stand their eaves side by side. 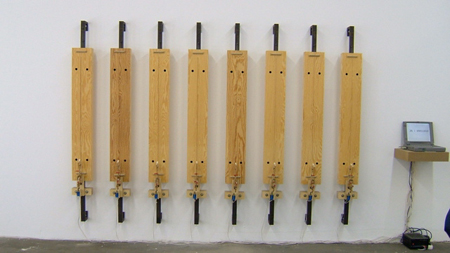 However, there are critics saying that they are extremely declining, such as withdrawal of famous galleries and stereotyped operation. On the other hand, there are not few galleries that offer artists that are trying express in more radical ways; maybe because in recent Berlin, there are more value added to buy artworks. 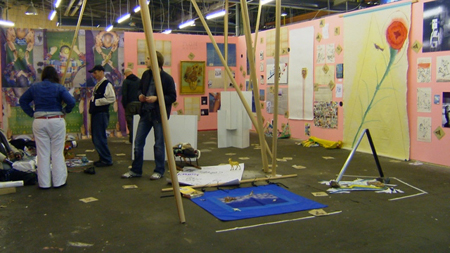 The impression of mine was that those were exhibitions of each galleries’ directions to show their works as cooler as possible, but not directions to persue qualities of whole exhibitions; because those are arts that start from the format of so-called a sample market.