Early August, a flock of young Latinos flew to Manhattan, New York, to take part in one of the most respected conferences devoted to analyze the presence of our culture in the American musical market. Under the baton of Thomas Cookman, this event explores the actual situation of the industry in two ways: part discussion and part action (meaning: bands playing live!). 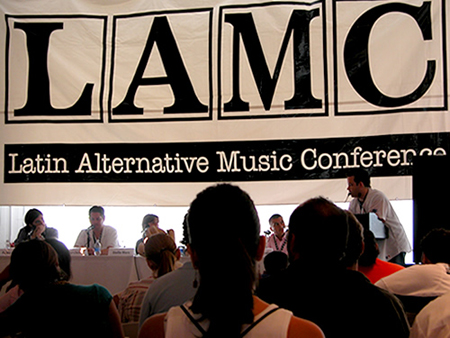 The night the event started we were supposed to hear some new bands in a small place, but we got there a little late and there was no chance to get inside. Lesson taken. The event attracts a lot of interest from locals, making a must to come early in order to enjoy the shows. Although it wasn’t possible to enter, a lot of interesting people (musicians and promoters) were left outside, what led to introductions with some of the other attendants. 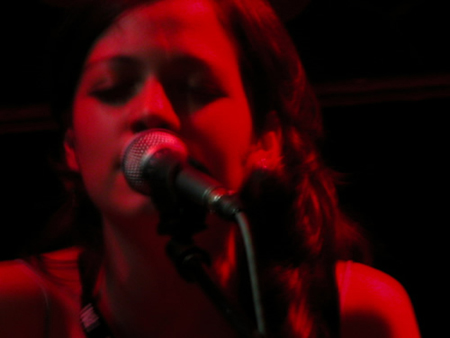 Next day, the early sessions explained ways to promote bands and upcoming trends in Latin music (as reggueton, which is a mix of hip hop and Latin beats). Later, once again music took the stage. Beginning early with a showcase of independent bands and later, at night, three different events happened: Los Amigos Invisibles, Venezuela’s funkiest export, had an amazing show where they played their hits and showed some of the new work (including Latin renditions of Depeche Mode and KISS songs!). Their next record has been produced by Dimitri from Paris, so it’s already being anxiously expected by their fans. In other part of Manhattan, there was an unplugged session that had interesting moments when Circo, a band from Puerto Rico, jumped to the stage; their singer makes you remember Freddy Mercury… with a twist. Then, Natalia y la Forquetina, from Mexico, showed a couple of new songs; she is one of the youngest and most energetic voices in the continent. Later, Atercipelados, from Colombia, and Plastilina Mosh, from Mexico, closed the event.