“CMYK” is an International Magazine Festival, which was started from last year in Barcelona, Spain, aiming to develop an individual magazine culture. This is an epoch-making project at which you can come in touch with magazines or e-zines from all over the world and enjoy magazines as they really are from all angles; there are conferences or discussions by directors and editors, exhibitions, parties and much more. This year’s “CMYK”, which was the second, was held in “CCCB“, a place having many other international festivals throughout the year, and invited directors, collaborators, artists, students, magazine fans, etc. July 21st to 23rd evolved into a substantial three days filled with lively exchange. 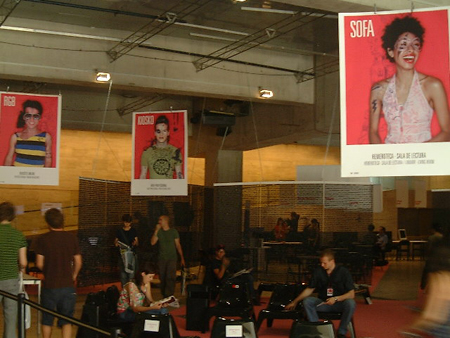 The whole content of this festival is divided into seven sections including “VISUAL” and “WORK SHOP” which were added this year. Three of these sections occupied the main lounge of the venue. One was a section called “SOFA” where people could read magazines from about 40 countries and could also buy these if they liked. Another section was called “KIOSK”, a place where you could communicate with directors of each guest magazine. The rest was “RGB” section where you could have a look at online magazines. 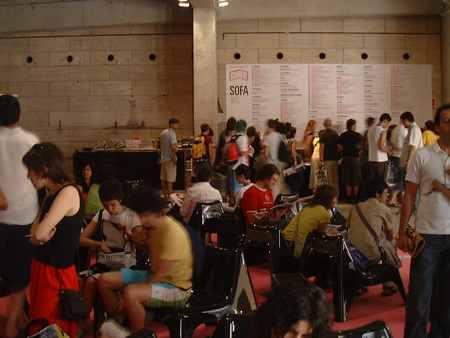 “SOFA” and “KIOSK” sections were next to each other and always thronged with people. It was also the main place for communication or encounters. While people were sitting, relaxing, and absorbed in reading magazines, some press persons had an interview with another press, some designers tried to find a market for their own works, and some people had a dramatic meeting after long term online communication. Even though “KIOSK” had neat arrangement of each guest magazine’s desk, sometimes it was hard to find who the person from the magazine was, especially when it was crowded. Each guest had a nameplate, but I felt that it might be better to devise clearer way. 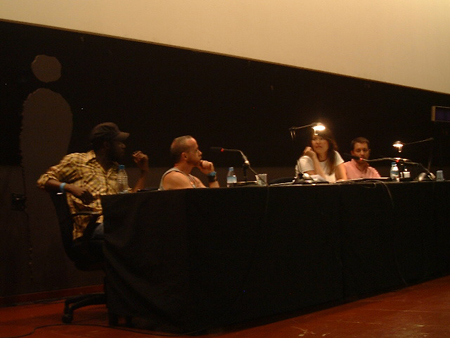 At a hall behind the main lounge, there was a section called “FORM”, which was in progress with conferences, discussions and presentations by each guest magazine. Various interesting themes, speeches and discussions were held mainly with Kimberly Lloyd from “M publication” at the head of the list. She participated from Germany, a guest country of this year. According to last year’s report, there used to be a problem with translation between Spanish and English, but it seemed to be solved this year by using machine translation. Each speaker and audience member received a translator at the entrance of the hall, and everything looked like it went smoothly, except when it didn’t work so well, or when people didn’t get a translator. 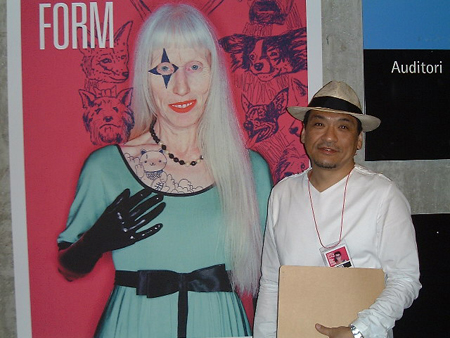 There was another guest magazine which visited from Japan in addition to SHIFT. It was “+81“, a magazine being published four times a year in both Japanese and English and having readers all over the world. The editor in chief of “+81” Satoru Yamashita gave a presentation at the “FORM” section on the first day, and introduced “+81” as an “inspirational magazine” featuring lots of cultural themes, including graphic design, music, fashion, city, and so on. 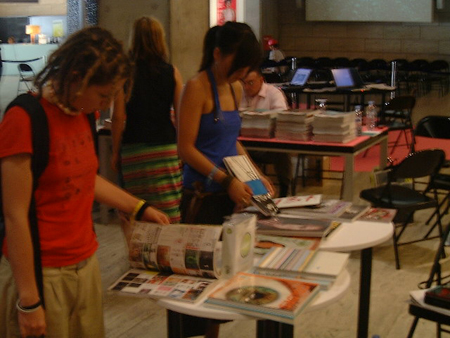 Also, at a round table by guest magazines including “Neo2” from Spain, “Tokion” from the USA and “Kilimanjaro” from UK, there was a discussion about how an independent magazine financially should be. This was a subject we heard from many other debates in the “FORM” section, and it showed us each great effort, invention and enthusiasm to survive in the world with plenty of magazines. “After all, the contents, themes and information we feature are limited and resemble one another. The thing is, how do we present these?”

The first day went off to a good start with such speakers, quests and visitors. There was an opening party at the night in a restaurant & bar called “OVEN“.