Motivated by their affinity towards Japan, six years ago seven students in Frankfurt, Germany formed Nippon Connection. By last year, the festival had grown to have more than 16,000 visitors and by some estimates is now the biggest Japanese film event in Europe. This year, Nippon Connection 2005 was held throughout five days and nights from April 13th to 17th. Approximately 150 films were shown and Japanese spirits were introduced in many other ways such as lectures, live performances, an exhibition and workshops. The “cherry-blossom” theme, spread throughout the various locations, inspired and excited the large number of students and many other people from various age groups. 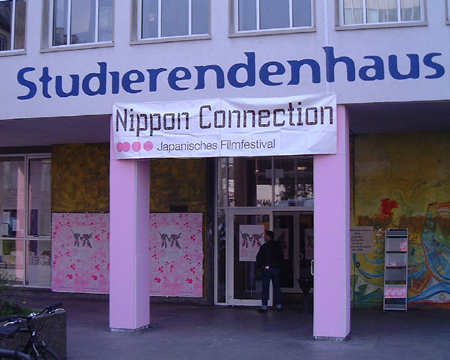 Nippon Connection is a registered company lead by members Jenny Flugge, Marion Klomfas and Holger Ziegler. However, it should be mentioned that most of the staff’s main concern is that its management is working as volunteers. There was a considerable number of staff who arranged the venues and reception, sell the various products, conduct/inform the visitors, do publicity activities and coordinated the affairs of the guests from Japan. They had spent several months preparing for the event in the spare moments of their own lives. Actually, their enthusiasm and energy was really impressive during the festival and it manifested itself in their keen curiosity and feelings for Japan. 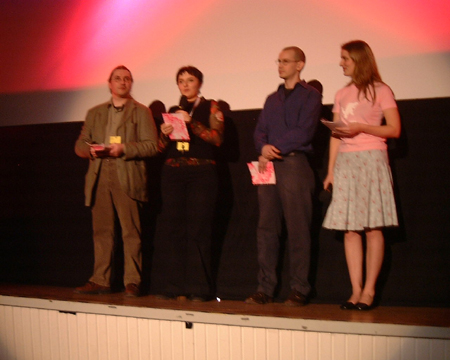 The films were mainly shown at three places in Frankfurt; Studierendenhaus in Johann-Wolfgang Goethe University, Filmmuseum (Film Museum), and Filmtheater Valentin (a suburban theater). Other events in a section called “Nippon Culture” were held in different places depending on the event’s contents. Having a solid, packed program and marking the films or works they wanted to see, visitors made rounds to each place via subway, cars, or bikes. The underground advertising columns had big posters of Nippon Connection, and its information was broadcasted by radio exposing the vigor of this festival all around Frankfurt.

For the first day, people gathered for the opening ceremony and the premium film show “World’s End/ Girl Friend” by director Shiori Kazama. There was a huge line at the entrance and the venue was completely full. Attendee’s excitement surged when the leading members made a speech and introduced the guests from Japan. 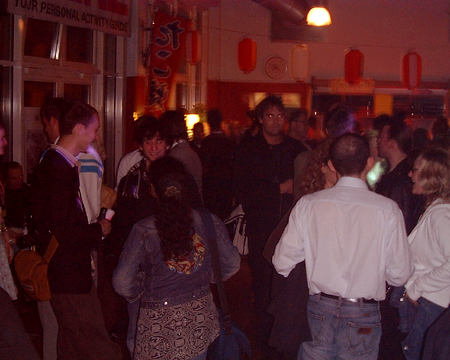 Visitors at the opening party moved to an event space at the festival center afterward, and enjoyed music by DJ Harlokk and DJ Nikko Kasai. It was unique and little bit odd that the bar had some Japanese banners, which had been used at a street stall in Japan, while it had a popular menu of a well-known drink in Germany Apfelwein (Apple Wine). A VJ also played by eyetrap and there was a Japanese dance performance. The night was well coordinated with this all sorts of colorful programs.