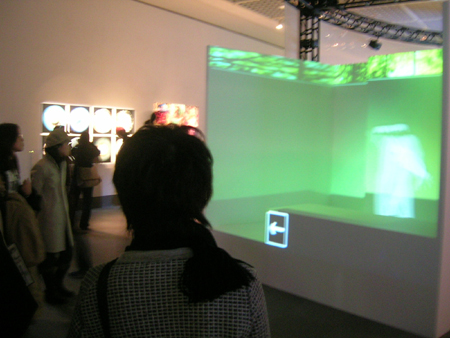 On the other hand, ‘3 Minutes2’ by Electronic Shadow was a work in which a man and woman progressed through a story projected into the three-dimensional uneven space. It was a marvelous installation visualizing that the three-dimensional and two-dimensional were integrated, and showed a new possibility of using natural unevenness for image expression. 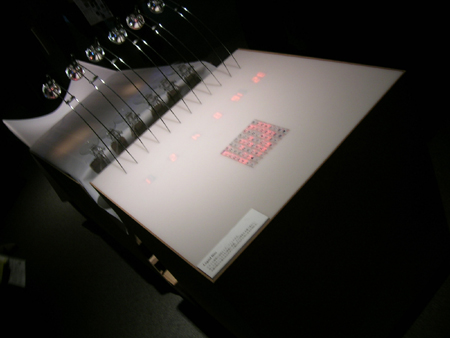 There were also many other exhibits packed into the hall such as ‘Liquid Bits’ by Taichi Kato / Jugem, and ‘Lamaze 4’ by Takuto Eguchi. 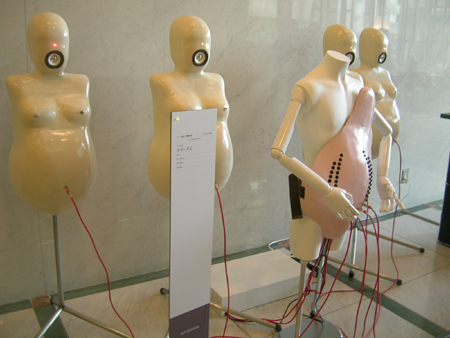 There could be some doubt about what media art is, with such various expressions of; picture, image, installation, animation, and manga. However, the Japan Media Art Festival is performing an important role in providing people with the chance to increase their recognition of media arts and to discuss it on a large scale in public. If the art has the element of reflecting the society, it could be indispensable that the latest art expands upon the possible. Also, it is enjoyable just to come and touch these works, gain insight, and give an impulse to curiosity. The exhibition will be open from February 25th to March 16th, and if it is still going on when you read this text, I would strongly recommend you to visit.