Supermundane from London did the cover design for this month. Hand drawn illustration with an original taste which can’t be created by digital tool and the beautiful typeface with organic forms are impressive. His first ever solo exhibition is held in London at the moment. 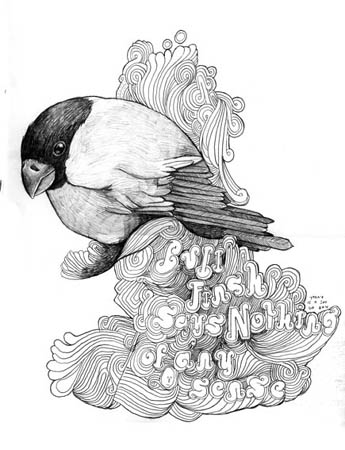 What’s your activity at the moment? What actually are you doing? 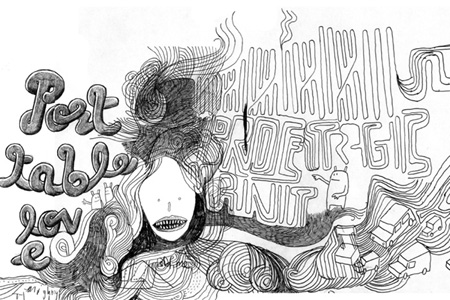 Could you introduce your recent work/projects briefly?

My main project at the moment is my first solo exhibition in London. It’s mainly drawings but I have also made miniature beast sculptures that fit into matchboxes. I’m also working on a London based free magazine called Good For Nothing which I am Art Directing, it’s edited by ex-editors of Sleaze magazine, which I also worked on and will be out in January. Apart from that I have just done a logo for a new record label called Hassle and generally have a few other projects on the go. 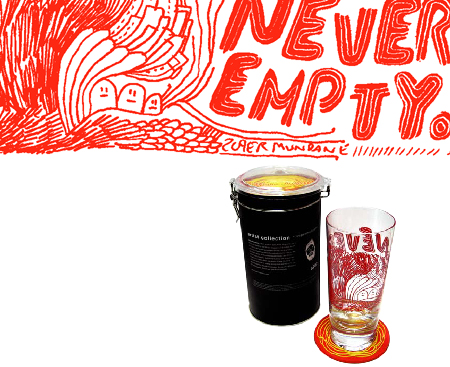 You contributed the design to HongKong based ChilliChilly‘s glassware collection. How did you join the project? Also, please tell us about the design (actually we haven’t seen it yet)

I was approached directly via my website by ChilliChilly, it sounded like a really good project to be involved in. My glass was based around the words “Never Empty” I was thinking about the fact that a glass is never really empty as it is always filled with something even if that is just air. I guess it’s the ultimate display of optimism. 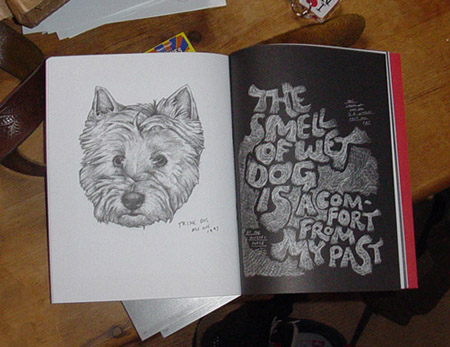 I have always enjoyed the hand-drawn approach to design, by this I don’t necessarily mean rough. I have kept a sketchbook for the last eight years and many of the pieces that appear in these magazines are from the sketchbooks. I like the immediacy of drawing, I think it gives the work a freshness and spontaneity that working solely on a computer can not give you. I also like the fact that you are more prone to mistakes which can often produce the best work.