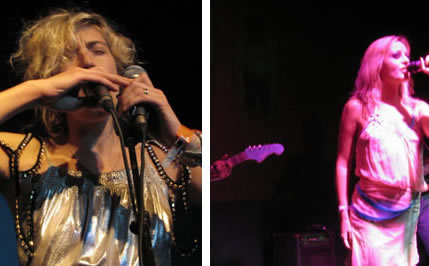 Numero Festival is an independent, coherent and solid initiative, offering an annual periodicity that every year allows artists, musicians, producers and audiences from national and foreign ground to join together in same place. Number Festival works as a platform to reflect to think, project new realities expressed by different forms of languages, surround by a strong technological support.
Every year the Festival has a specific program and the subject this year was “Civilization of Images – Civilization of Cliches”.

Zeitgeist. Civilization of images. Civilization of cliches. Empty banality. Make sensible. Disconnected spaces. Aleatory encounters. Being Sensation. Space of the figural as distinctive from figurative. End Game. Neurological violence into logic. Loss. Absence. Critical judgement. Encounters of the arts with concept, theory, science, knowledge. Aesthetics of the power of the time. Postmodernism = Postmedia. Incommensurables. “This is beautiful” = “This is art”. Monolithical. Deleuze’s development of an aesthetics of encounter and connections. The purity of the media. The memory industry. palimpsest. museum. Inforeseeable events. Endless critical anamnesis. Regionalism-globalism. Melancholy element in the larger condition with which we were melancholy element in the larger condition dominated by “new technologies” and “immateriality”, biotechnology and a kind of artifice for which there was no longer any original “nature” (…) ( rajchman/po-mo) adorns melancholy. Idea of absence of sense into the very idea of judgement. Witness to impossibility. Philosophy has no ” intrinsic narrative” not absence and loss but potentials and inventions. Rewritting “keep alive the kinds of encounters and connections from which new ideas come”. Chinese menus. Big hotels. Consumer Society. Expanded Centre Georges Pompidou invisioned the Museum implunding with an overload of recycled products. An aesthetic that rejects hierarchy and celebrates diversity. Like old russian aristocrats. A force for radical cultural and social change. Heterogeneneity, energy, polemics, worries. Ecstasy of communication (Jean Braudillard). Museums are the family sepulchres of works of art (Theodor w. Adorno).

To live in this multiple world means to do the experience of freedom as continues oscillation between belongs and pull up the roots “Gianni Vattimo”. A transparent society that we don’t see. Principle of the reality. Judgment of the time for the stars. Criteria. Directions. Fusing of animal with the vegetal cells.”

The quality of the program this year was remarkable started with Portuguese Multimedia awards, followed by the inauguration session, with the presence of the musicians Rui Reininho (GNR), Audio Micron Waves (Macau Radio), D-Mars (Records Loop), Post-Hit, Camane and Lura.

Giving continuity to previous editions in the musical plan the event aimed to promote new Portuguese and international musical values, names like the Portuguese Submarine, Active Factor, 1-uik Project, Nicorette, Bulllet and Ultimate Architects and the foreigners Juana Molina, presenting her new album “Tres Cosas”, Calix Aiming, Dani Siciliano the partner of Herbert present the a new album “Likes…”. from Finland Pan Sonic discloses the bizarre electronic of the album “Kesto”, Ann Shenton (of the Add (n) You the X), Funkstorung and Trevor Jackson, all them made there presence at discoteca Lux in Lisbon. 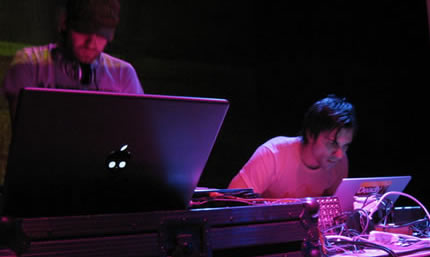 Discoteca Lux, was the place for an exhibition called MOSTRA DESIGN presenting the Musa Tour 2004 organized by the Musa – Portuguese Design Collective, they promote, support, stimulate the new generation of design in Portugal projecting them to a national and international level. Took place as well an exhibition called MOSTRA do DVD presenting “ISOLATED. FUNKSTORUNG.TRIPLE MEDIA” (!K7), a visual remix competition with the release of their “Disconnected” album – 1,200 images from over 800 designers (which 11 of them have already been used in the original CD artwork), the release is accompanied by a book featuring artwork, sketches, and designs, short films, and music videos from the DISCONNECTED album. 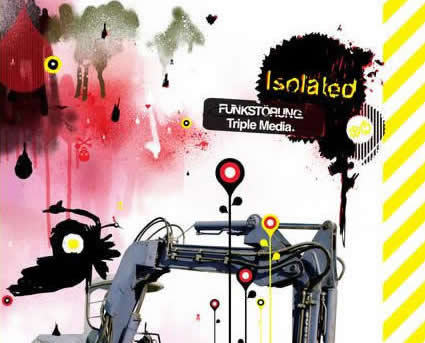 Because the festival is not just music, Numero Festival promoted a series of performances, film and diverse short films and animations, ‘Retrospective Brazilian Video’, the performance 30 DAYS IN 15 MINUTES by Catarina Gageiro and Rui Silveira, STEP ZERO and the performance “FLATLAND/PARA CIMA E NAO PARA NORTE” TO BE IS TO BE SEEN!” by Patricia Portela just to name a few.

The Festival received this year an exclusive release of ‘Warp Vision‘, the new DVD of Warp Records, joins works from 1998 until 2004 with distinct names like Chris Cunningham, Alex Rutterford and David Slade.