“Africa Screams sets out on a foray through the ancient and modern mythologies of Africa, following the tracks of evil and revulsion, ugliness and fear, which the triumphal march of video technology has forged into ever more fantastic images and legends, thereby also casting a dark glance at the shadowy side of modernism: the expansion of occult economies, neo-cannibalism, witchcraft and zombies”, reads the ambitious exhibition press release. 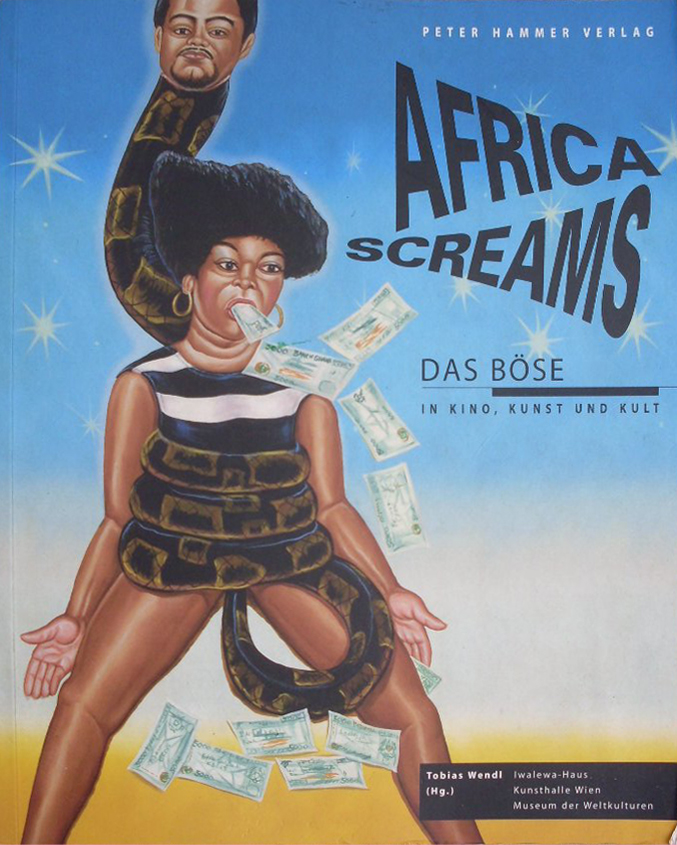 What do they mean? When we think of Africa, post-colonial wars, disintegrating states, poverty, corruption and disease come to our mind. Africa the crisis continent, the embodiment of the “other”, the development planner’s nightmare – this is the image of Africa presented to us by the media. However, as always, there is the other side of the coin, which puts the spotlight on the creativity of this gigantic landmass, its flexibility and survival strategies, its music, culture and art – both ancient and increasingly modern and contemporary manifestations of art. Exhibitions such as “Magiciens de la terre” (1989) in Paris, the “Biennials” of Johannesburg and Dakar and, more recently, the Documenta 11 (2002) have made us more aware of Africa’s currently vibrant art scene and the exciting developments taking place. 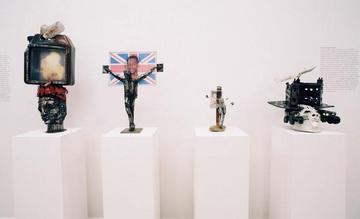 “Africa Screams“, a co-production between the Iwalea-Haus Bayreuth, the Kunstverein Aalen and the Museum der Weltkulturen Frankfurt am Main, is an initial attempt to bridge the gap between these two discourses. The idea is to situate the contours of African art and cultural history of horror in the mirror of contemporary art. The focus of the exhibition is the confrontation of rituals and masks with contemporary forms of artistic expression of the evil. In fact, if the evil did not exist, it probably would have had to be invented, for no morality can be established without reference to the contrary of the good, whatever form it takes. In this respect, good and evil are as inseparable as they are irreconcilable and their manifestations remain mutually dependent.