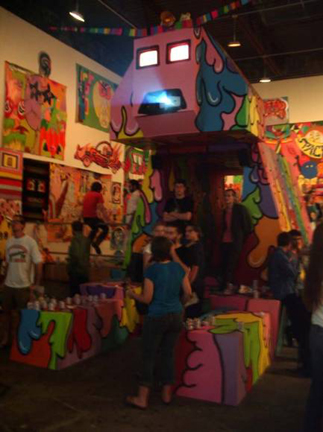 I had not been to an opening for over 3 months. This last Friday 25th I programmed myself to go to the Deitch project’s openings, mostly to cover the story & take pictures, but also to see what was being shown this summer.

As it turned out, Friday night was a really busy day and a terribly rainy night, ideal preconditions for a night crashing at home instead of venturing to the steamy claustrophobic environs of two New York gallery openings. The rain matched well with the suggested ambience in one of the shows, featuring the work of Dearraindrop, an art collective from Providence. 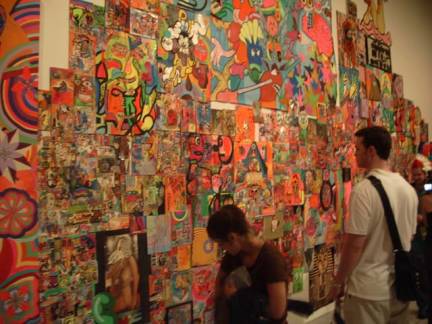 The work of Dearraindrop indulged in psychedelia, lost-in-space know-how and outrageous amounts of media: from marker drawings, to collage, to video, music, ghetto theme park style sculptures and duct-tape installations with that “Look, Ma – no hands!” aesthetic. These artists are tripping on their art. 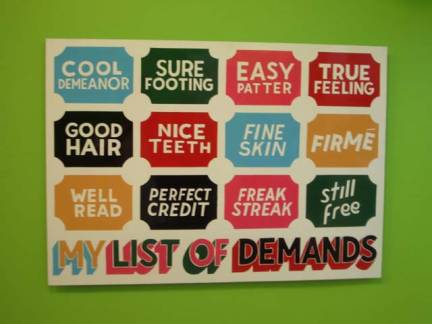 Across the street on Grand and Wooster, Steve Powers was having his latest opening “My List of Demands”. Powers, the famous graffiti artist commonly known as ESPO, had a more simple show. His works seemed like highway diner signs or overblown stickers, scattered throughout the walls of the gallery. 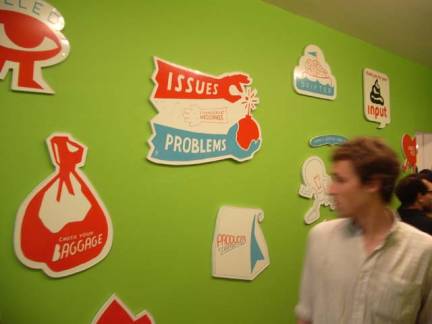 Melancholic imagery was used in his series of quirky comments and absurd story snippets. 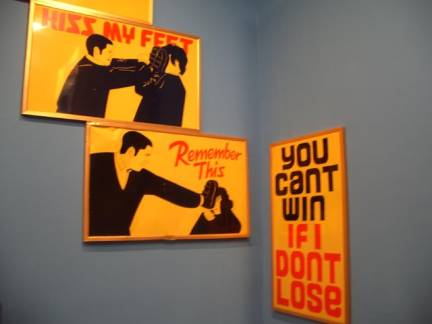 In a larger room, the whole assemblage could be read like a comic in space. 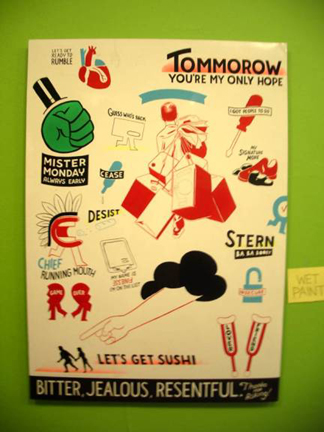 After taking enough pictures, it became clear that the show was providing a tactical shelter from the lack of taxis. I walked out into the rain.