Horiren‘s tattoo work was held at a gallery in Shibuya, Tokyo. It has been five years since she changed her career from a muralist to a tattoo artist. The number of people she has tattooed is over a thousand. Her history has been tracked through photographs, albums, and in movies. 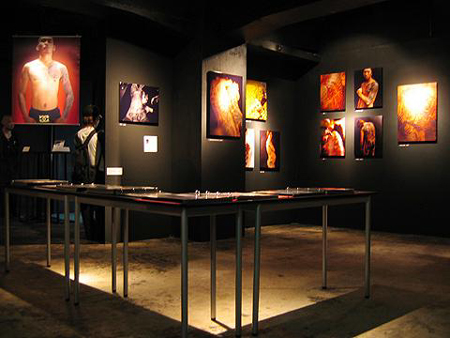 In a dark space veiled in the scent of smoke, the human body clothed in various tattoos floats dimly. Whichever tattoo is right or wrong, the colour and pattern engraved in the human body catches people’s eye. The rate which occupies the skin and the collour is various and the motifs diverge from authentic Japanese-style such as a dragon or a tiger to Tribal (*). “Since my work is a ‘raw’ thing; people could not be made to stand and exhibit, therefore photographs were chosen this time” Horiren said.

*It is a tattoo pattern whose origin is from the Borneo islands in Southeast Asia. It is said that the pattern expresses flame. 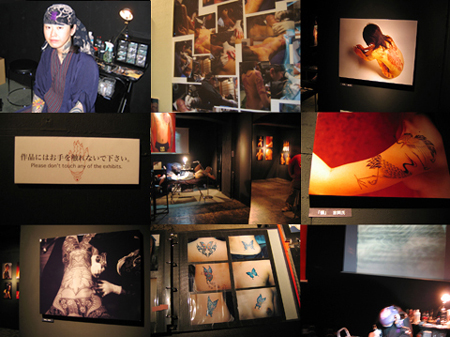 The photographs, taken by several photographers for this exhibition, have caught the various expressions of the tattoos. There are many cool and beautiful photographs. “I wanted to provide an opportunity to encounter a tattoo and look at its design like a picture not only for those who have a tattoo but also for the wider public”. This is the reason why she chose a gallery for the venue. 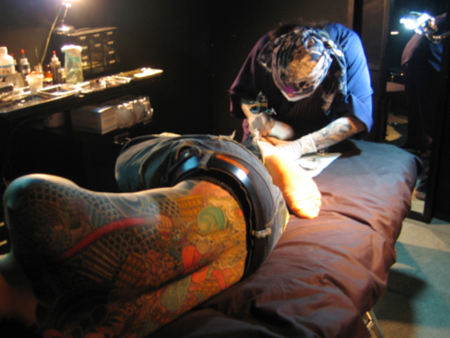 She mentioned that a tattoo is sometimes regarded as a piece of “art”. “Tattoo is made by each customer’s request and I try to complete it beyond their expectation. I think, conversely, that art is what pushes one’s own world out.” She’s got a stubborn artisan spirit.

One of the things which attracted visitors to the spot was being able to actually watch a tattoo being crafted. The First Horiren was demonstrating it by bringing her workplace to a corner of the gallery during the exhibition. Every day and all the day the machine sound, which reminds one of a dental clinic, resonated inside the gallery and wrapped the place with a feeling of strain.

“It shares the same fate”, this expression is basically a Buddhist term and the meaning is “being again born on the same lotus flower in the Buddhist paradise after death”. Then it changes and people come to say “carrying out both action and fate to the last.” The title of this work exhibition may have been about her strong thought of wanting to be a tattooist even when she’s born again.

She is participating in Horiwaka family’s booth of Tattoo Convention Amsterdam which will start May 21st.