Situated on the Eerste Constantijn Huygensstraat, the former Jan Swammerdam Institute (JSI) looks sort of sleepy from the outside but inside there is a veritable hive of activity, this being the home of SMART Project Space – the Amsterdam contemporary art foundation. SMART recently lost their last determined effort to save the building from demolition by the local council of Amsterdam Old West and tragically the JSI is now in its last few months of existence. This not only spells the end of a unique piece of modernist architecture but also means the upheaval of SMART as it finds another place to call home. 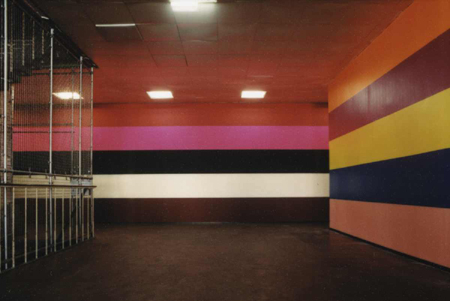 We went to SMART to visit its director Thomas Peutz and also Bram Opdam, who is working with SMART to create a permanent on-line presence for the foundation during this transitionary period. So what does the end of the JSI mean for Amsterdam? “We had plans to develop this building into a centre for contemporary art and visual culture which Amsterdam badly needs. But the local council is determined to tear it down – they have quotas for housing which they need to fill and we can’t compete with that. Culture is a long way down on the list of their priorities right now. It has always been really difficult to find housing in Amsterdam but the flip-side is that as a result it is even more difficult for artists to find studios and workspaces. SMART Project Space has always aimed to redress this imbalance and this building was perfect because we could rent a lot of it as studio space for artists. We tend to focus on contemporary artists who are establishing their career but still truly benefit from having a subsidised workspace and also our support network. Currently in this building we have 60 artists from all across the world – Russian, Irish, English, Israeli, Spanish, Swiss, Japanese, American – It is a very international environment and for many, working here is extremely beneficial and stimulating. We also have an intensive exhibition programme that in turn attracts curators, museum directors and of course, the public. It’s become a destination for art professionals visiting the city. SMART also produces a lot of work for artists – mostly installation works that require a technical support so almost a third of the works we exhibit are thus produced in-house.” – Thomas said. 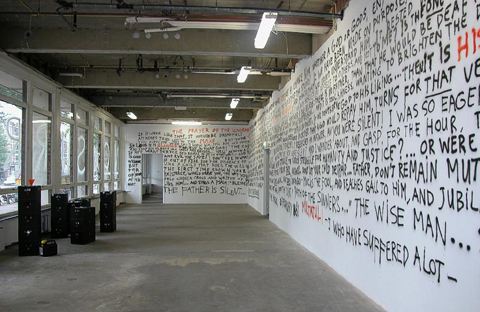 The JSI is SMART’s third space since the foundation began in 1994 and speaking to Thomas about the forthcoming move, you can feel the frustration, ‘We’ve nearly gone down twice through the loss of a physical space. But lessons have been learned and this won’t happen a third time.’ And this is where the SMART Project Space’s streaming video server steps in. It’s being developed as a web cast channel for video art and art cinema, with changing programs and an on-line collection – perfect to keep SMART’s visibility and on-line presence until the physical space is finalised.