Shift’s 2004 Calendar is now ready. The aim of the calendar project was to provide up-and-coming creators a calendar as a medium to let them express their creativity. We invited all Shift readers to submit works for the competition. This year, over 500 pieces were submitted, eclipsing last year’s total. From the 500, twelve works have been selected and the calendar/art book is now ready.

The 12 works below are the pieces which will be used in the Calendar. Please have a look and enjoy the comments from each creator. 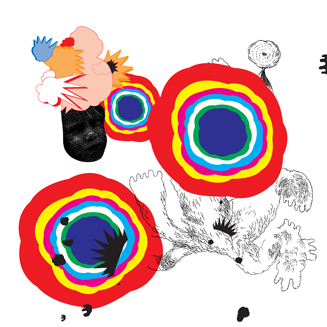 Magnus is a 24 year old student, studying visual communication at Kunsthogskolen in Bergen (Norway). Beside working on my master-degree, I am also working in the nice design collective Grandpeople with two good friends, Lille-Magnus and Christian. I Work in the fields of illustration and graphic design and often create a combination of both. Plus running a non-profit label called Beate Samleplate.

Work Description: As I have become more and more involved in this profession, the word “creative” always pops up in conversations and texts. But truly creative abilities is what lies in children’s imagination and play. What we make is only bleached copies of this. The keyword is to have fun, despite how cliche it must sound. Don´t be a businessman – be a businesskid. Something like that. 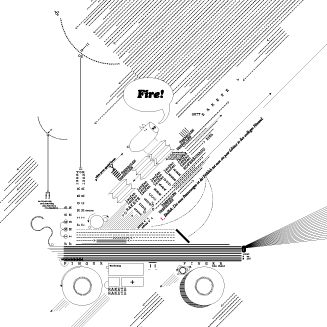 Michael Moser is the owner and head of “Mlein Press” – a studio that publishes typografic books and creates typografic solutions. The studio has existed since march 2002 in Munich, Germany. In 2003 the young “2 men studio” got some good news by getting the certificate of typografic excellence from the TDC in New York, and to be mentioned in the annual book of the Tokyo TDC as excellent work. YEAH!

Work Description: A free typografic experiment. Trying to create a tension between the child- like drawing and the typografie wich sourrounds it… 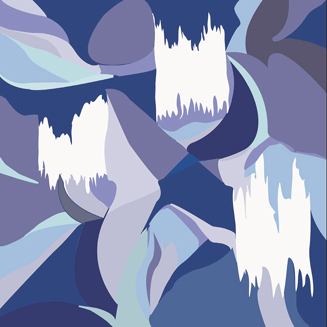 An 18 year-old Day-dreamer. I was born in Hong Kong and immigrated to New Zealand when I was nine. I am currently studying for a Bachelor of Fine Arts degree in Graphics Design at Whitecliffe College of Arts and Design in Auckland.

Work Description: Art is evoked from emotions. This is what I have always believed in. This work originated from an oil-painting I did as a meditation for myself during a tough time I had to go through this year. The concept of this artwork originated from the idea of origami. I found the folding marks very interesting when I had unfolded a piece of very beautiful origami I created. It appeared complicated but rather raw and charming, revealing shades and lights on a piece of white paper. But I question whether others can reverse it back to the original form again by following the fold marks? Fold me back.

I was born in the pretty town of Maisons-Laffitte. I’m an illustrator, 26 years old, and I am a freelance worker for the press and magazine industry in Paris.

Work Description: I draw Bilou while alone in my room. I was very sad because nobody wanted to go to the Blue Oyster Cult concert with me. I was desperate and depressed when suddenly my old friend’s illustrator called me. We began to drink some beer together, talked about the past, family, friends, love… and then, Bilou appeared… yip yip yip: I was happy. 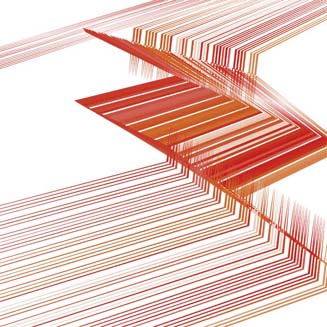 Work Description: The title of the work is “Future” which came to me after the completion of the work. Just like in the begining of everything, straight lines remind us of something familiar. Known to us, simple and monotonous, but as soon as we go a little bit off that road everything becomes unknown and unfamiliar. Abstract, as the many lines interlace with each other and make a new form. That form is thought of as the Future. 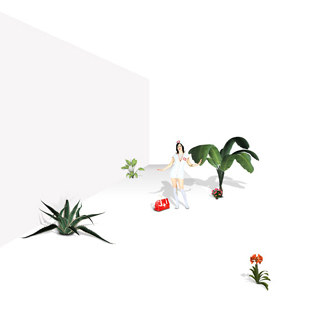 Work Description: The work is called “Wir trafen uns in einem garten…” which means “We met in a garden…” inspired by the song of a German band. The plants shown in this image are no real plants, they are computer generated. it is part of a series of pictures which I’m still working on.