The first live showcase in Sapporo for Progressive Form, which became the Japanese representative independent record label for supporting various new electronic sounds and scenes since 2000, was held at Soso Cafe. 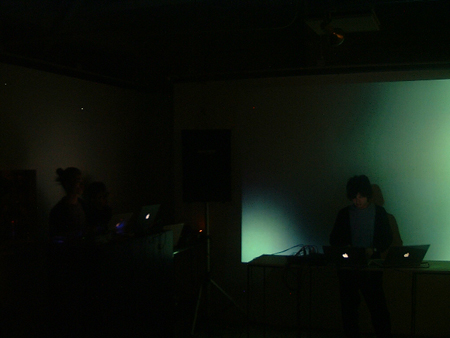 This event entitled “Progressive Form Showcase” focused on the live performance of the artists who represent Progressive Form, Takamasa Aoki and Ryoichi Kurokawa from 19:00 to 22:00. The event was started off by DJ Nik, the representative of Progressive Form. The selection seemed to be backed by the confidence which has led the label so far from establishment. It was experimental and an acute song selection, while putting emphasis on the listening element, expectation grew for the main event. 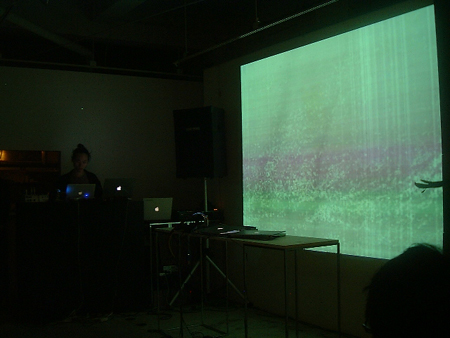 As an image was projected on the screen at the front of the hall, Ryoichi Kurokawa’s live started in a somewhat dignified atmosphere. The beautifully distorted visual using water, sky, and a building as elements and the music which extended the world made my head empty. As time passes from it, to an instant my memory of the last direction is ambiguous. When consciousness returned, I noticed that the sound was finished…dying down. It was almost a perfect performance so I was drawn and lost track of time. There was a break for about 20 minutes in order to return the ear and head to a flat state after his live. 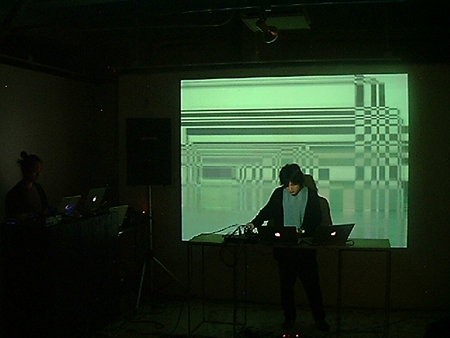 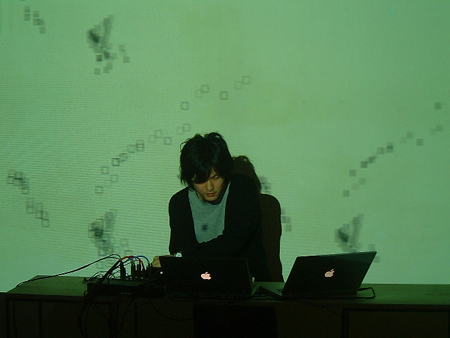 The live of Aoki Takamasa started. Although the live style which uses two laptops had become the norm at clubs. It felt like a clearly different sense of incongruity from the spectacle as music progressed. The hall made the peculiar sound space as if electronic sound had a life in space and it changed the space’s atmosphere dramatically. It was a wonderful experience which made us consider anew what real quality is.

The statement that the essence of the electronic sound and the visual in future are here will not be an overstatement. Anyway, try listening to their CD “making volume into the maximum”.