A few years ago I picked up a copy of Matmos‘ self-titled first album at Aquarius Records in San Francisco. Or was it Amoeba? I can’t quite recall. I bought the album at a time when I was indiscriminately buying ridiculous amounts of music. Half the purchased albums wound up sitting in bins under my bed having been listened to just once each. 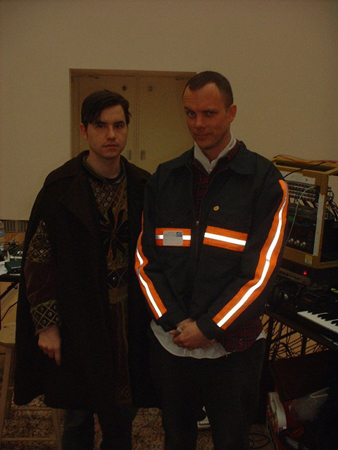 I no longer have the economic wherewithal to spend, spend, spend on music. Instead, I’ve been pawing through these poor, neglected albums, trying to make them new again. What do you know? I own a lot of crap.

During a recent, more successful paw-session I found the aforementioned Matmos album, and to my surprise, Matmos’ sophomore release “Quasi Object” as well. The latter has been getting pretty heavy rotation in my CD player lately. There’s something incredibly exhilarating about the sound of a balloon/whoopee cushion/what-have-you being blown up over and over right between your ears. 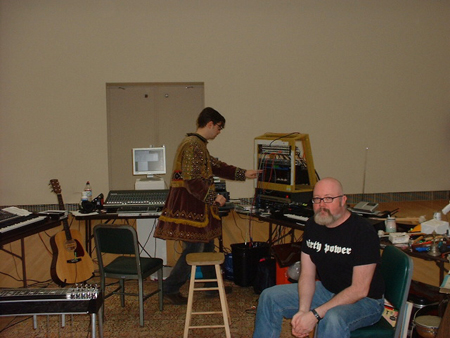 When not working at keeping a fabulously successful graphic design company afloat I teach a class at local art school SFAI. Purely by chance I attended a talk at SFAI by Martin Schmidt and Drew Daniel, the two kids who are Matmos. The duo talked about a great many things, including how they toiled in obscurity before finally achieving greatness as one of Bjork’s collaborators (not to imply that Matmos was solely validated by Bjork!) They also discussed their recent installation at the Yerba Buena Center for the Arts, entitled “Work Work Work.” 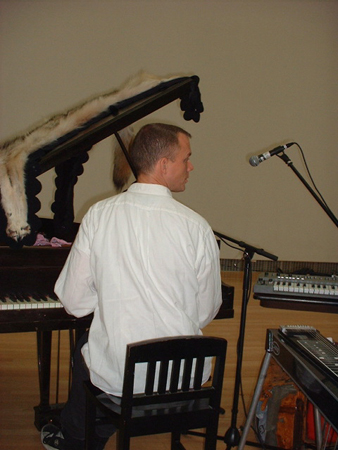