Yoshi Sodeoka from C404, featured in this issue, is an artist based in New York who creates multi media art and music using digital noise. He contributed the cover design for this issue and is going to do a performance at the opening event of DOTMOV Festival 2003 held at Soso Cafe and produced by Shift from November 1st to 30th, 2003. His art and craft spans several fields, allowing him to take act as a curator for a multimedia art gallery, and take part in several events like experimental music festivals. Find out more about him.

My name is Yoshi Sodeoka. I was born in Japan and had been painting and playing music in Yokohama. I moved to New York City in 1989 to study art and design at Pratt Institute. I’ve been living in New York City since then. I had worked for Viacom MTV, Nicholson NY (now known as Icon Media Lab), and was art director of now defunct web-zine Word.com for about 6 years. Currently I work on projects under the name of C404 with a bunch of friends and collaborators. 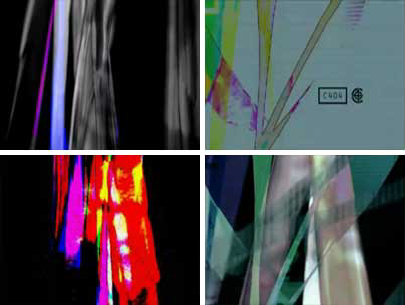 Could you tell us about the work of C404?

Yeah, I guess I do a lot of different stuff. A lot of it is pretty much in the nature of experimental and R&D side, art and design projects on the web or motion graphics or installations or music performance and recording or whatever, for clients or non-profit art institutions. There is no complicated mission. I’m just doing what I know. I studied both fine art and design. also I’ve played music my whole life. So, I try to combine all the knowledge into projects. The result is a fusion of all that.

Recent interesting project I have worked on was making a motion graphics piece for YouWorkForThem’s upcoming DVD, working title “Enter the Dragon”. Those guys invited a bunch of designers and artists to animate their typefaces. I made one of that. Line up for this DVD is pretty good. It will be a great DVD.

Also, I worked on Day-dream DVD compilation as well. That’s also another experimental video work. This DVD will be also cool when it comes out.

And I’m doing an unique project for the Tokyo Designer Week in Japan. There will be a show sponsored by KIDI Parsons Japan in October in Tokyo. This show will showcase chairs that can be transported in an overhead bin of a 747 airplane. They invited about 15 different non-product designers to design it. So, they are expecting somewhat unusual entries. So, I’m working with my long time collaborator Jason Mohr to design a conceptual chair for it. The show should be running in Tokyo by the time this interview comes out actually. I will put up our entry on my web site, so you can look for it there also.

And also, I’m talking to the Museum of Moving Image for a possible art installation idea for their “ALT” Digital Media exhibition for next year. 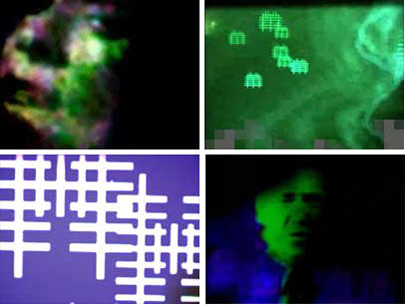 You have been working in this area for a long time. Looking back at the last ten years, how do you feel?

It’s very surreal. The industry has changed a lot, but in a good way. I mean I’m just talking about only 10 years though. That’s not much or is it? I used to work on CD-ROM and Enhanced CD with Director before 1995 for MTV and stuff. Then Internet stuff started to happen with Netscape after. Back then, all the technologies for browsers were total jokes. Those were to crash your system, not to browse web. But technologies for multimedia are much matured now. A lot of good design and artist community emerged on the internet. Net art got quite recognitions from reputable organizations. All those things were unheard of when I started Word.com back in 1995. And there was no net art concept in 1995, none.

So, yeah, I think in the end, it all made the right kind of natural progression. Media on the internet got really diverged and that’s good. And I somehow managed to adapt to that entire change pretty good, I think.