On the occasion of his 100th birthday the “Deichtorhallen” in Hamburg presented an exhibition of Arne Jacobsen’s work. He was a Danish architect who worked from the 30’s to the early 70’s. Because of perfectionism he also worked as a designer. 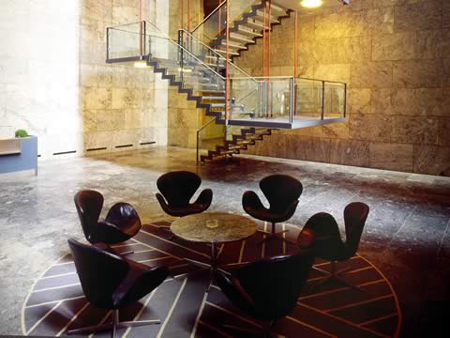 For the SAS Hotel in Copenhagen he didn’t only do the architecture but also lamps, furniture, wallpaper, crockery and cutlery – architecture as a total piece of art. His work was influenced by Baushaus-simplicity and functionalism but his most favorite pieces are the two arm-chairs “Swan” and “Egg” which look more like 60’s space-age style. 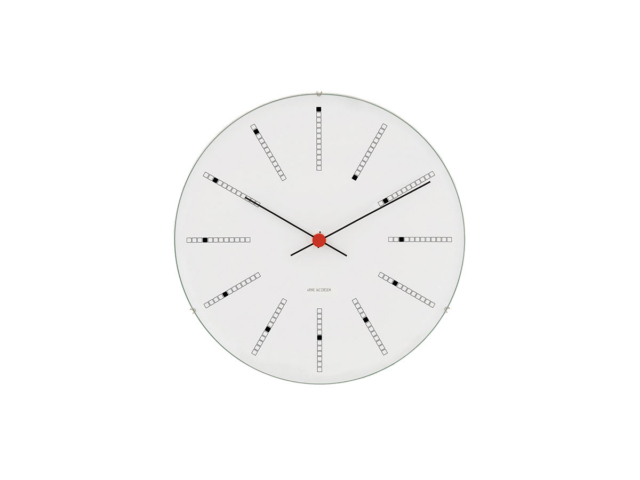 I wasn’t excited about the exhibition too much, it started with private photographies, watercolor-paintings and architectual models which all were nice but not very exciting. Some of the chairs were standing around, teapots and ashtrays that I knew before and finally an authentic reconstruction of the ‘legendary’ room 606 of the SAS Hotel. Why did someone put some modern desktop-computers on the desks of that room? 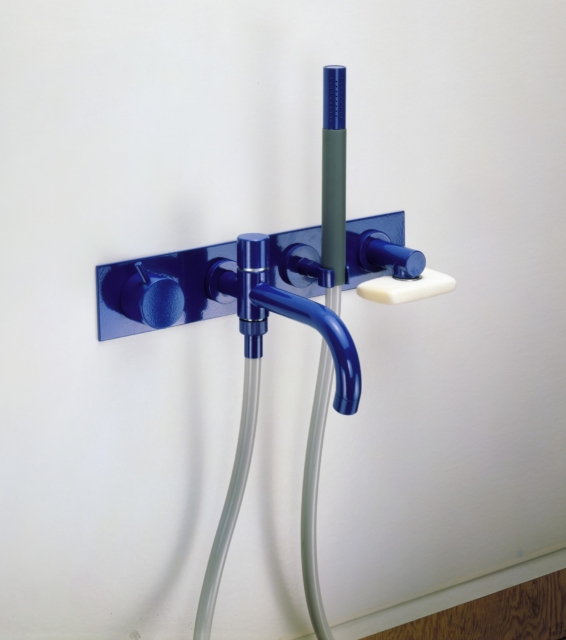 What was funny was this: There was one plate with bathroom-armatures on the wall, and everyone started touching it, trying the knobs and taking the shower head out of it’s mounting. This wasn’t allowed because you’re in a museum but the presentation of the armatures looked so much like in a shop that everyone (including myself) automatically wanted to try the stuff out. I saw the guardians several times holding back the people from touching the stuff!