Abake is a design studio that consists of four members with different nationalities. In this May, they held the first exhibition, GAS in Japan at GAS SHOP in Tokyo. In this issue, we introduce their interview that was recorded for broadcasting in “GAS TV”. Do you know that “GAS” means “a goose” in Swedish? From England to Japan, Abake flew over many countries like a real goose. Am I the only one who felt an affinity to them who courteously explained their stories? Find out what kind of workshop they had in Japan.

Kajsa: We are Abake, a graphic design studio based in London, consisting of four people: Patrick Lacey, Benjamin Reichen, Kajsa Stahl and Maki Suzuki from Wales, France and Sweden. Our main interest in graphic design is the collaborative aspect it allows. Abake works with and for a wide range of clients including singers, bands, artists, universities, architects, museums, furniture designers, fashion designers, film production companies, art trusts and magazines. They co-edit and design the magazine Sexymachinery, an architectural production, and co-direct a clothing and record label called Kitsune. Clients include The Cardigans, Maison Martin Margiela, Peter Jensen, Bookworks, and the British Council. 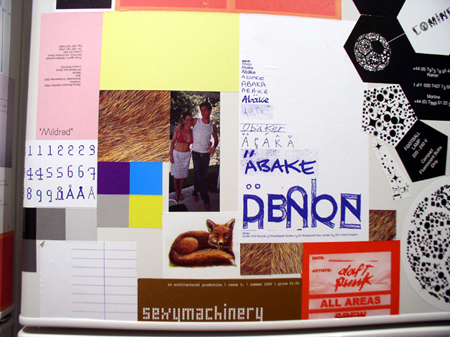 Do you want to explain a bit of about the exhibition that is held in GAS SHOP?

Kajsa: It’s a kind of three parts. One part is activities during traveling here. We designed some T-shirts, eye masks by knitting and some drawings as well.

Maki: The biggest nice thing was to make something is especially for GAS and the fact that we are coming using an airplane. We thought instead of doing like watching all movies or games, which were all providing during the flight, we could invent all hobbies, which became different objects. We were flying over Russia so that technically we can consider that they were made in Russia. I don’t think we have ever been there but it’s quite nice thing to be able to say, “yes, we have made those things in Russia.” 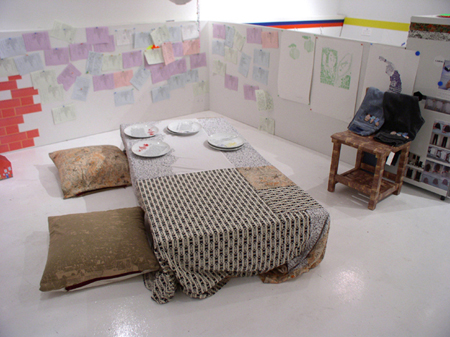 How about another part of show?

Kajsa: The another part is a swapping part, which is how we approach things that we have links to jobs we have done before. For example, this table clothe and its patterns that we have printed mainly for Peter Jensen, a Danish fashion designer. This put together especially clothe that is the size of Tatami mat (a Japanese traditional mat made with straws) and the height of Kotatsu (a Japanese foot warmer with a quilt over it).

Benjamin: Many ideas of us coming here were based on this exchange, which was we didn’t really want to come to show our works. So we had really exchange with GAS and people here and it was proposal not to show what we did but more like to exchange it against whatever we are going to see soon or what is going to be exchanged.

Patrick: The plates and products we made are especially for GAS or with GAS. They are kind of about us. As Kajsa is from Sweden and others are from Wales and France, so we want to bring a bit over here and teach some people how to pronounce certain parts of different languages, which are quite difficult through these products. The idea is because plates are things we use everyday and we eat with them.

Maki: The text on the plates is a very technically description of how to articulate a mouth, and so we made a bit of research. If you really read it, if you really try to do it, the description is very precise. But the main point is if someone is trying to read the description, what you need to do or in order to pronounce the difficult pronoun, so once you get to read it, then you need to repeat because that it means you already know. 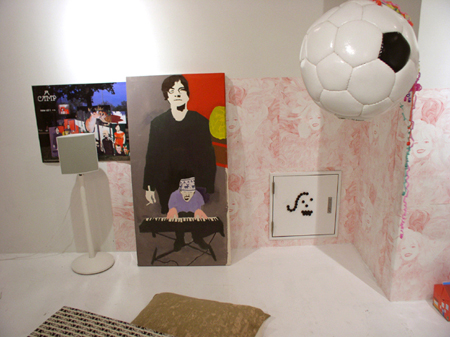 Maki: Birthday Project is to say that there is no difference between work and life. But if you travel somewhere and a person can ask you if you are on business of pleasure. Maybe the Birthday Project is a good example how to manage both, because it doesn’t really make big differences for commissioners.