In the 60s and 70s, the movement known as Conceptualism introduced an art which removed as much as possible the intermediary object from its underlying ideas. This art of ideas could appear in written form, diagrams, lists, or it could just be pointed at using everyday objects while the idea of it remained in the artist’s and audience’s head. The most famous practitioners of this form of art making were those who combined it with the anti-art tendencies of the Dadaists and Marcel Duchamp, and were associated in one way or another with the Fluxus movement, numbering among its associates John Cage, Yoko Ono and Joseph Beuys. 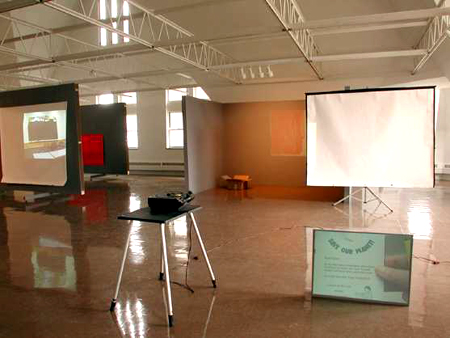 Belgian artist Joelle Tuerlinckx, whose ‘Chicago Studies: Les etants Donnes‘ at The Renaissance Society this month, marks her US museum debut, extends conceptualism’s historical arc into the present day, bringing its vocabulary of diagrammatical objects and ideas into an art-world conversation which, having internalized the innovations of the last thirty years, has become both more pluralistic and less contentious. 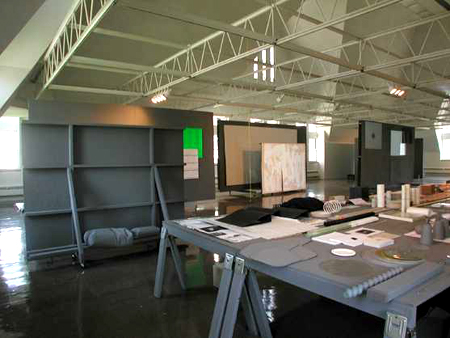 By spending time in the academic building on the campus of the University of Chicago which houses the Renaissance Society, Tuerlinckx was able to select objects ranging from an ordinary shipping carton to drinking straws and chalkboards, desks and chairs. She then recontextualized them into the gallery space by positioning them in relation to one another, displaying objects on a table in a way reminiscent of modernist categorization into classes and hierarchies. The result is the familiar elevation of the commonplace along with a simultaneous collapsing of the art-space, but the effect here is flatter than usual. 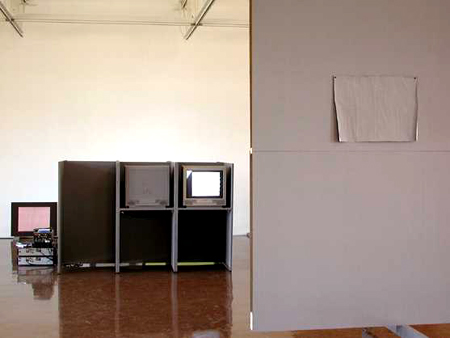 The arc bridging sacred and profane, priveliged and commonplace is not only dissolved somewhat, but reversed, so that the sound of pre-recorded vacuum cleaners and environmental noise are no longer used so much to subvert the pretensions of high art, but are lightly celebrated and enjoyed with an aesthetic touch calibrated to come across as gently as the breeze through an open window. When I visited, the gallery windows were, in fact, open to both the afternoon sunlight and the sounds of an outdoor celebration on campus which mixed easily with the faux haute-conceptual objects including a grand piano and an upturned waste basket on a folding table covered with a clear plastic sheet.

The difference, of course, is that these objects don’t point to anything grand, not even a real re-examination of art practices, preferring to casually shrug off such duties, pointing to one another instead, and drawing our underwhelmed attention to a hastily applied coating of gray paint or a colored circle drawn on a photographic slide, ultimately sharpening the viewer’s focus on the relationship of the museum, its contents and immediate surroundings.