On 9th April, Vienna City Library finally opened its doors to the public. The “multi-structured multimedia open-shelf library” is one of the most modern public libraries in Europe and covers 6,085 square meters of usable floor space; 300,000 different media; study space and comfortable seating corners for 150 people; as well as 130 PCs for public use (EDP-work stations, OPACs, Internet, data banks, etc.). 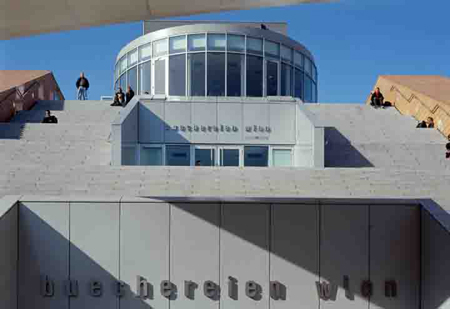 Architect Ernst Mayr‘s project of contemporary architecture convinced the jurors – which is really great for our city. 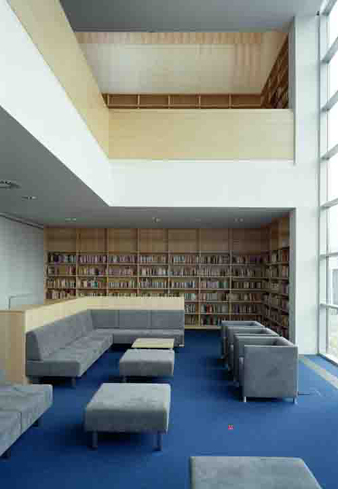 The new library is located at Urban-Loritz-Platz at Guertel, Vienna’s heavy traffic artery that circulates the inner districts of the city. About 100,000 cars cross the six Guertel lanes every day, turning the formerly magnificent avenue, which opened in 1898, into a zone of traffic congestion. From the early 90s, the Guertel zone has received much attention in terms of city planning and discourse about city politics. Vienna’s planning councillor Hannes Swoboda called the Guertel a major problematic zone. 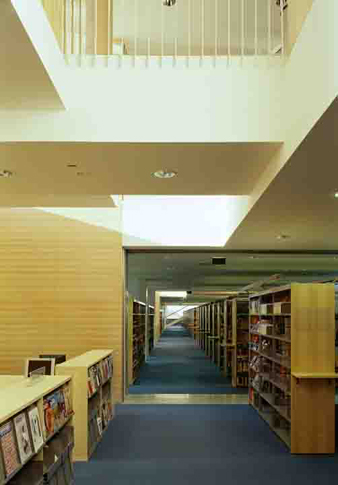 Over the past ten years, the what is called “Guertel-Plus” project, supported by the city of Vienna and funded by the EU, has made Guertel the centre of public attention. Among other things, a cycle path was built in order to revive the Guertel area and improve the infrastructure. Modern bars and restaurants have started to prosper along Guertel and turned it into an attractive location especially for young people. 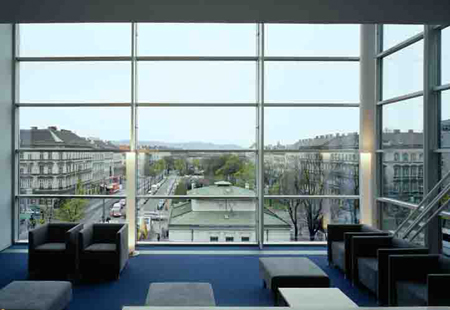 One major project of the Guertel-Plus project was the construction of the new public library at Urban-Loritz-Platz. The Austrian architect Ernst Mayr won the architectural competition. His model of a “staircase library”, as jurors called it, was “convincing as a generously dimensioned flight of steps that could form a casual urban meeting point, giving the building its special and unmistakable characteristics.” The very stairs lead from the subway to Urban-Loritz-Platz and onto the roof, where a library cafe in the form of a rotunda is located. From there one has a view across the roofs of Vienna. Inside, there are large, quiet library halls whose contemplative character is underlined by a very refined light coming down from the ceiling.