Miniatur Wunderland is the name of the world’s biggest digital model railway. Four men, who have been running a discotheque in Hamburg, realized their childhood-dream. With a team of 16 people around professional model constructor Gerhard Dauscher and the additional help of 30 specialists and volunteers the first 300 square meters of the construction were built. It took nine months until the exhibition was opened for the public. Since then the model is growing, the actual size is 440 square meters. Right now you can observe the next 100 square meters while they are created. 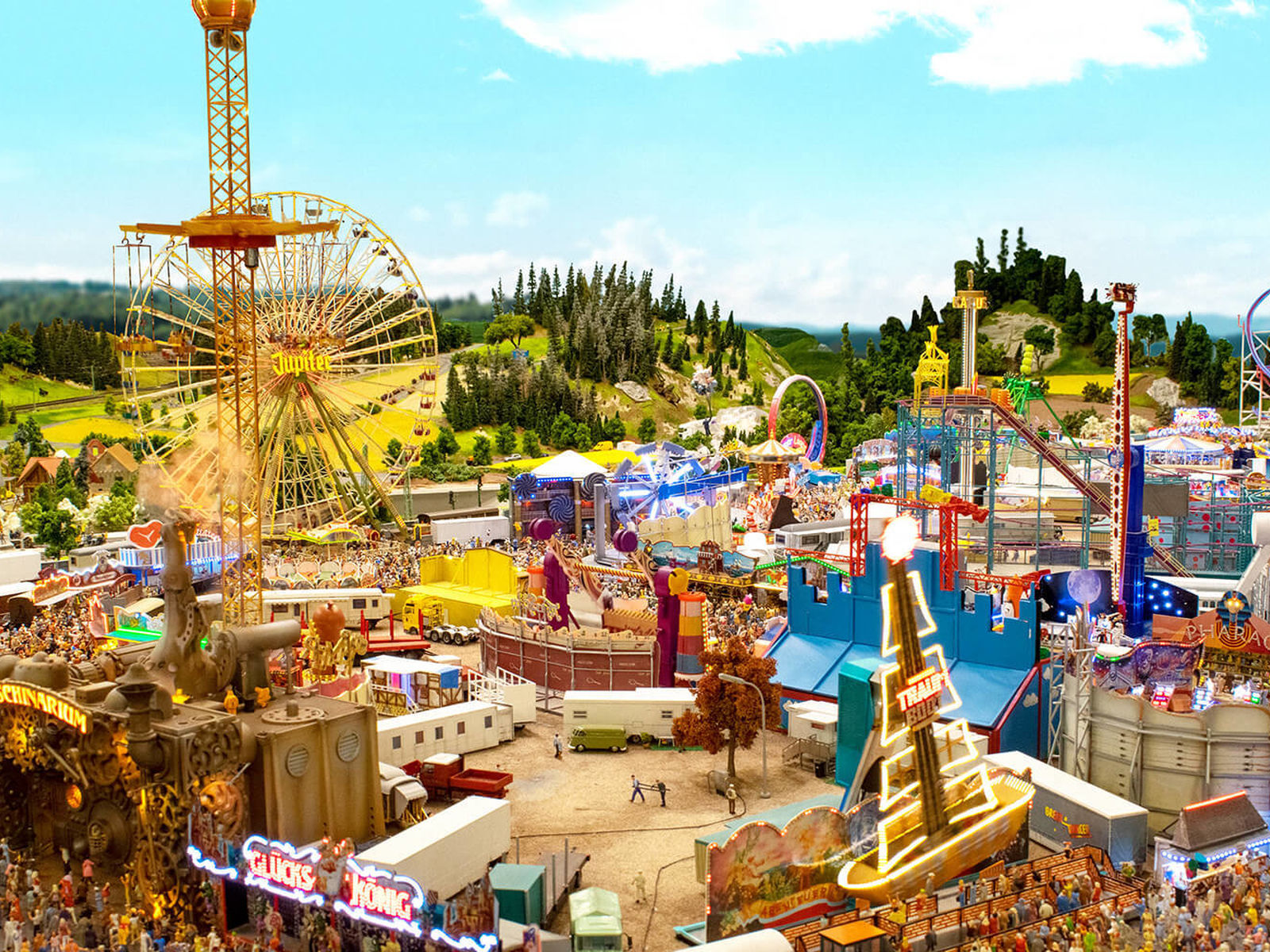 The landscape contains fields, woods, mountains, rivers, seas and, of course, cities. You will find bridges, tunnels, factories, mining industries, a wind-power-wheels, a leisure park, a jailhouse, a skiing area and also a giant castle with a labyrinth. Certainly you will find a lot of trains driving through the model. But it’s not only the trains that move, also the cars are driving! They have a battery-powered engine and a magnet that makes them follow the hidden wires in the streets. They are equipped with headlights and they can even take different routes through the cities.

The room-lights are gently fading into blue and then completely out every 15 minutes to simulate nightfall. All the small lights in the trains, cars and houses turn on and after some minutes the light will fade to red and then to normal white light again – another new day in the wonderland!

But it’s not only the technical perfection that matters. What makes the model really fascinating are the countless details, that can be spot all around. Like watching the earth from the sky, you will find puzzling situations of people, animals, cars & trains. Sometimes it takes a while until you understand the story behind a situation. For example a group of people standing in a circle around nothing becomes a bungee-jumping event as soon as you realize the man hanging down from the crane above the circle. A lot of small stories like that a built into the model.

Integrated in the handrail there are several switches that can be used to activate the lifts in the skiing area for example or the roundabouts and lights and sound at the leisure park. At the jailhouse the search lights will turn on and try to spot the prisoners that try to break free.

The exhibition is opened every day and is planned to last for at least ten years, so if you’re in Hamburg some day: don’t miss it!