They look cute but strange and mysterious. People tend to touch them to make sure what they are. Keiko Miyata is an artist who is creating these sorts of things in objects and photos. Her starting point is “a stuffed toy,” which everybody used to have.The stuffed toys can be found everywhere around you but they look different in her unique world. Check out her exhibition at “Soso Cafe“, which started the 1st of September. 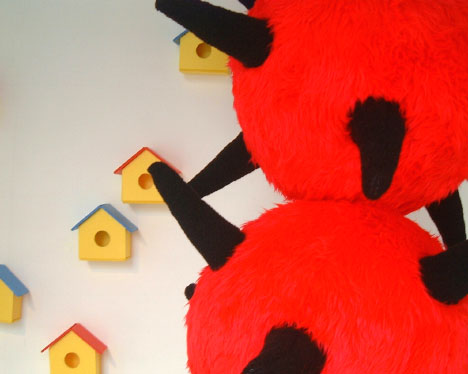 I have been presenting cute & cool & strange objects and photos, which look like being sampled with various animals, in order to create my own original world since 1994. 1994 was the year when I started to work as a freelance creator but I was working as a stuffed toy designer as well.
In the year 2000, I held an exhibition in London. Apart from that, I had many good chances to participate in group exhibitions as well as holding my exhibitions within Japan. Also, I have been expanding my field through having collaborations with other creators in CD sleeve designs, TV advertisements, stores and others. 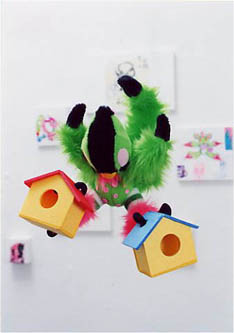 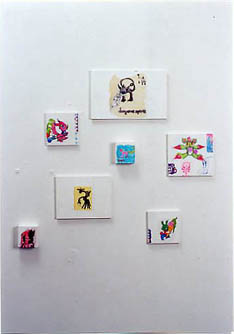 Did you like stuffed toys when you were small?

I think I liked them but these toys with soft hair were wrapped with vinyl and put on the high place where I could not reach, because I had a weak constitution of the lungs. I was playing with only stiff toys. I sometimes secretly stood on a chair to touch the soft ones.

What are stuffed toys for you?

Soft architectures with interesting potentialities. I give names or numbers for each toy but I do not put my emotions into them so much. However, I have to admit that these soft touches, colours and shapes move me a lot. The most exciting time for me is when I choose materials. 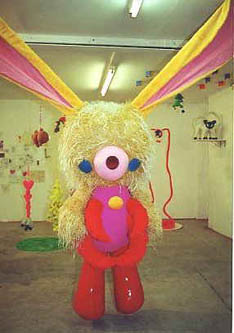 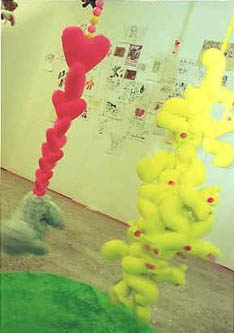 Actually, I have got an impression “cute but something strange/mysterious” to your works. Where do you get ideas for these characters from?

I am not trying to make them cute. Subtle gap, miscellaneous things and others are mixed in the works. That’s why you many feel the strange/mysterious feeling from my works. The collage is used when I create characters. In this way, how to join chopped things to each other is important. On the other hand, a rough sketch at a corner of a paper gets bigger and bigger, and finally becomes a 3-meter-high object sometimes. 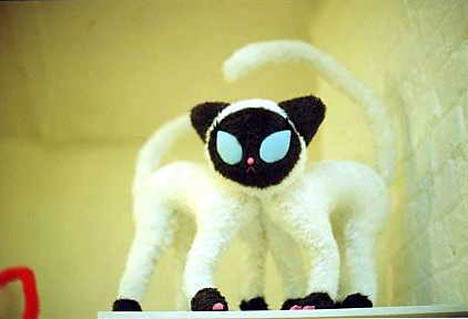 You had an exhibition abroad. What sort of feedback did you receive there?

Visitors seemed to enjoy looking at my work and that was good for me. I feel they strongly see my works as the characters more than Japanese people do, even though I do not try to be conscious of that. The gallery lost many materials and data, and I was really disappointed about that. However, I found an article that an author of Monsterism, Pete Fowler bought my work, called “Siam Siam”. It was a good surprise and pulled me up from the disappointment. I am wondering where other works have gone. I need the buyer list, so please drop me a line if you bought my works in London!

Please tell us about the exhibition “In & Out”, which has been held in Soso Cafe since the 2nd of September.

The first step for this exhibition was when I thought of a giraffe “how uncomfortable to live in that way” at a zoo. Also, I wanted to show the snaky shape and overlapped parts of a pine tree as well as the height of the sky, which I saw in Shikoku, Japan, in my works. Other things are mixed in the works but that’s all about this exhibition. The name of “Black Box” is given from a voice recorder in an airplane. It shows the truth, which is from a place where nothing was there, -> the outside! On the other hand, in “Red Box”, I want to show hiding something -> the inside!

In addition, the photos from the travelling series, which increase as I travel, are displayed in this exhibition. They are not composite photos but they turn to something unreal, which are far from the real world, by being photocopied many times. From “Out” to “In”, the exhibition will become the memories of visitors but I hope they will have a chance to talk about this exhibition sometime in the future. Like this, the world is turning around. 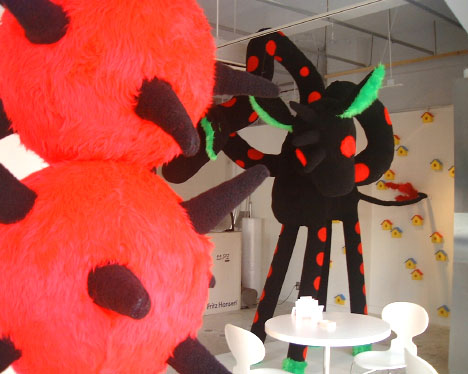 “Black Box” and “Red Box” are massive works. What sort of creating process do you take, regardless of the size of a work?

I spend quite a lot of time drawing and something falls down to me while doing that. In other words, it is as if there’s a slot machine within my head and I push the button everyday. Sometimes I create small works impromptu and this brings me unexpected discoveries.
As the first step, I create a small prototype and make it bigger as I calculate many things. This is the same as making architecture. If I create something big, I structure it while I am careful of the balance and think about materials. This is because a sloppy thing will be made if I roughly create it. I capture works constructively when I am creating them. I think this is a bit different from the one when I think of something. 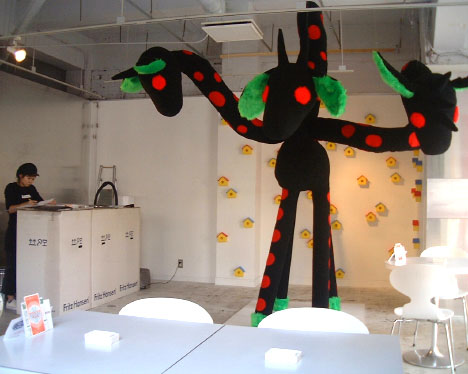 The leader of “Nipponia Elektronica”, Kentaro Hamasato participates in this exhibition as well. You have done some collaborations with other artists, such as creating CD sleeves for singers. What do you think about your works that are mixed with the works that have tastes different from yours?

I have not done so many collaborations so far. So I thought it might be good to do something different. I have been a fan of Hamasato’s sounds and we were talking of doing something together. So it’s nice that our plan came true in this time. Hamasato, a designer Hiroko Natori and I made the limited booklet CD for this exhibition together. Dealing with many things together was like a club activity at school and I enjoyed it. I can do what I want to do when I create something on my own. Having collaboration with others is good fun but sometimes I find it difficult. However, there are definitely new discoveries from the collaboration, which is interesting. It’s better to do something rather than doing nothing. I sometimes do something as I follow my instincts. Getting to know new people is pretty important in life. 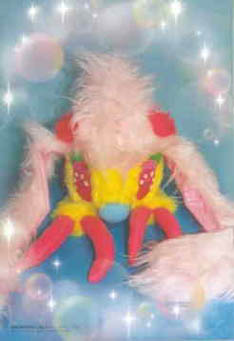 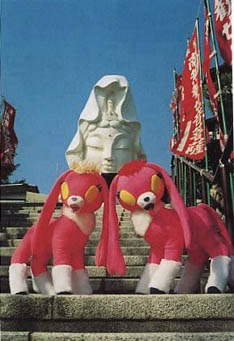 Please tell us your plans for the future.

I am going to participate in a group exhibition “Jugemu Exhibition” at Tomio Koyama Gallery in Tokyo from the 27th of September to the 6th of October. After that, nothing has been planned yet.