“Game Over City – La ville en jeux” brings together six artists who use video games in order to develop architecture concerns, and to question urban life. They reveal the stigmata of a new way of perceiving the world, by experimenting the complexity of space occupation inside the virtual worlds, and our relation with reality. The exhibition was held during two months in Reims, the traditional town of the Champagne wine. Perhaps it contribute to give such a distorted look on architecture. 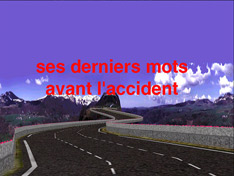 The French artist Pierre Giner proposes a stroll in an imaginary road movie titled “Keep the Distance”. With a certain tension, the video mixes virtual and real sequences of car driving and accidents, accompanied of a kind of sentimental story, so we can’t know what part of the danger is virtual. According to the artist this project is intented to evolve into an interactive story. 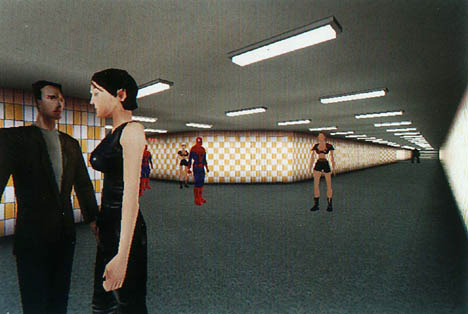 The German artist Felix Stephan Huber places the set of his shoot game “Reality Check One” in the heart of Alexander Platz, the former central square in East Berlin. The 3D world which is a carricature of reality allows the player to meet virtual characters and make them speak about their vision of reality. In the multiplayer version, combatants confront each other in this interstitial place, symbol of a dethroned utopia.