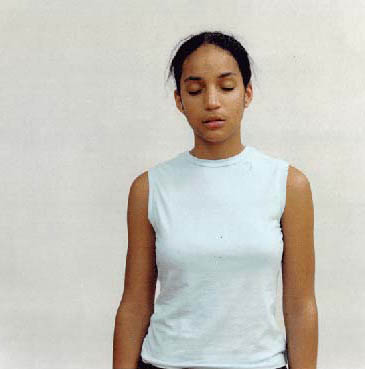 This could be the story of a rarefied and cerebral journey which involves a number of expressive languages in order to arrive at an objective view of things. Kelly Nipper, a young American born in 1971, uses photography based on performance, with installations of bodies in action to examine movement and time. (According to Gino De Dominicis: “the photograph does not create. It reproduces or interprets the existing”). The artist uses it like a prologue, to reveal and interpret the conceptual process of the work. 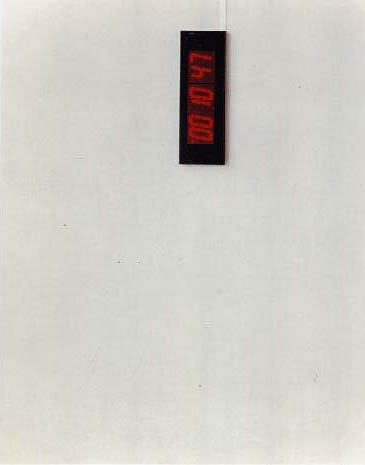 Like a director, she creates the performance, organises the bodies in space, together with their movements and timing, after which comes the video documentary or the photograph. The cultural framework is the expressive frontier of the sixties-seventies, a period in which the body became one of the most popular tools of investigation chosen by artists and the emphasis was on dance and choreography. The reference is clearly to the generation before that, to names such as Merce Cunningham, Californian musician John Cage (which whom the dancer/choreographer worked) as well as Yvonne Rainer and Trisha Brown. These were years in which a great deal of experimentation and exploration took place in the US under the banner of linguistic contamination: the Happening, the Environment, from Fluxus to Living Theatre up to New Dance.

Kelly Nipper lives and works in Los Angeles, part of a substantial new generation of LA artists and LA is a city in which art has always been derived from life and vice versa. Her performances use elements such as chance or indetermination, one of the primary ways for bringing art as close as possible to life and so to the material facts which determine it. Without utopias and political angles. 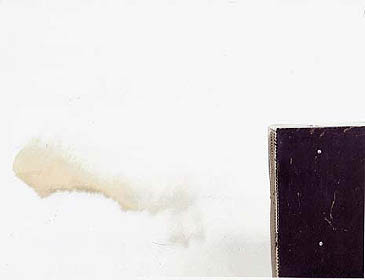 In her first one woman show in Italy at the Galleria Francesca Kaufmann (previously she has shown in Italy only at the Fondazione Sandretto Re Rebaudengo, for Guarene 2000) Kelly Nipper presents an attempt to photograph time. 60 minutes of hour glass sand consists of sand contained in an hourglass, scattered by a ventilator. Time no longer exists as a measurement but as suspension, the sand is in the air ready to be diffused.

The work continues with timing exercises. The artist asked six people to close their eyes and open them only when they thought that ten minutes had passed; “Try and imagine time”. The hour totalled should correspond to the sand in the hourglass, to the attempt to measure the passing of time, liberating it from convention and perceiving it as an abstract unit of measurement.

The view is frontal and the event reduced to a total colour: white. The photography is cold, rigorous and aesthetic. The structure of the piece is rigid, as if the movement has been curbed or repeated, with the effect of confusing the image, transporting it into the dimension of a mood. The body and the objects become the focus of a thought, perhaps the thought which holds the sand in air. 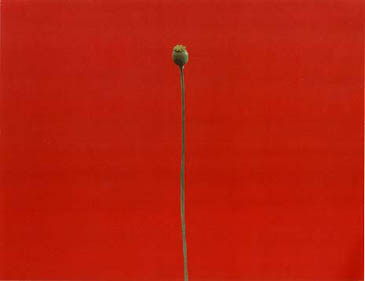 Opium poppy is, in its own way, another piece which deals with time. On a bright red surface Nipper photographs the stages of growth of an opium poppy. In a certain sense it creates a loss of lucidity, the slowing down, the scarce perception of reality, thought and language the state closest to the truth of time. It means – as practical convention – losing the western idea of perceiving it only as the succession of instants in which a course of events takes place, freeing it.

To photograph time like this, like space, the relationship which exists between bodies, things and places, the absence and presence, the pauses and movement, are for the artist a complete experience. Fields full of information to explore in many layers: physical, aesthetic, emotive and psychological.