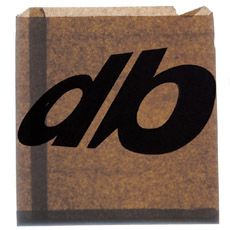 Hello. Let us introduce ourselves, this is Karl and Yasmeen, we have started to write for SHIFT instead of Nick from London. Both of us are Graphic Design students and from our experiences we will update you of what is going on in London.

This month we were invited to a very interesting exhibition in London, The Designers Block 2000. Located next to the second busiest Underground and British Rails stations in London, the exhibition was coordinated by our former teacher Susanna Edwards, who is a very funky chic. The atmosphere of the opening private view party was unexpected, we did not really think that the show would be that modern but still so full of tradition and history. The contrast was rather weird but still wonderful, it was beautiful. 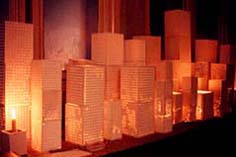 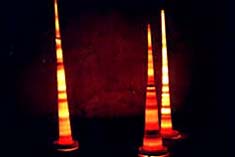 The buildings interior lightning was very poor that opening show, but with the imagination of the exhibitors, they worked around problems like that successfully. The exhibitors space was divided into a large number of rooms, in each of them the designers displayed their work in their own ways. Throughout the show almost all of the exhibitors were around to discuss design issues with curious viewers.

We enjoyed this show which was absolutely packed with people, all relating to the design industry in one way or another. The unusual mix of people created a stimulating atmosphere. Successfully this show captured and expressed interesting aspects.

Lets give you some straight forward information about the exhibition in London’s Kings Cross. 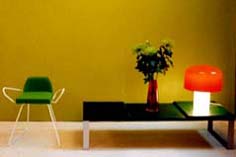 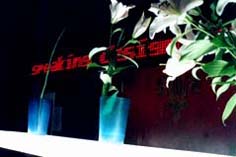 The Designers Block exhibition offered a rare opportunity to go into one of London’s most exciting buildings, the splendour of St Pancras Gothic Chambers. The former Great Midland Hotel is a magnificent Victorian building which has remained empty and unused for many years.

The exhibition brought together a variety of international contemporary furniture, lighting and product designers to display their work in an unusual and unique architectural space. The designers were asked to express their imagination in the building’s design and craftmanship, its abandonment and decays. Which created a rare contrast of its own kind.

This was Designers Block’s third phase of its rather short but interesting history. Designers Block is a continuation from a retail and exhibition space, Same, which opened in 1998 on Brick Lane in East Central London. Same displayed a range of innovative and emerging designers from across Europe. This year the exhibition moved from the basic and practical warehouses of Brick Land into the Gothic architecture of St Pancras Chambers.