I am astounded by the ability of Japanese magazines to collect information about London. They have already covered all the where-to-go in new cutting edge areas and now they are looking for the next hot spot which even Londoners aren’t aware of. Sometimes my sister in Tokyo tells me about where to go and hang around next Thursday night.

When I first picked up ‘London Zoku’, I thought it was another of those Japanese magazines putting out a special issue giving information about London. It was well designed and printed using nice matte paper, with a photo of beautiful Japanese youth holding a pumpkin(!?) on the cover. I felt lucky and exclusive when the shop assistant told me that I could have it for free. But I wasn’t the only one to get "London zoku’ free. 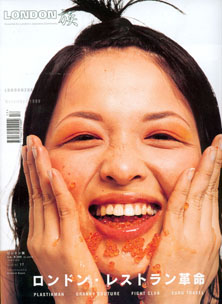 London Zoku is a free magazine for Japanese people in London to pick up on what’s going on in art, fashion, books, cinema, food and music. There weren’t any free magazines like this before, which give truly up-to-date information for ‘Japanese Londoners’ (‘London Zoku’ means ‘Londoner’ in Japanese. Since the magazine is written mostly in Japanese, although some section are in bilingual, the main readers are Japanese Londoners.) 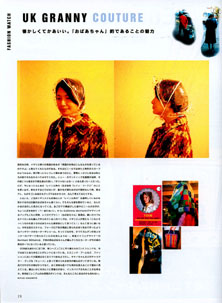 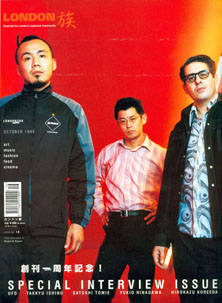 Laurence, Christina (they are brother and sister) and Luke started ‘London Zoku’ about 2 years ago. After 6 months’ hard work setting up the magazine, the first issue came up in September ’98.

Apart from regular magazine work, they sponsored several film screenings at the ICA (Institute of contemporary art). Through this they raised the profile of contemporary Japanese film makers. In the future they want to continue doing screenings. They are also interested in doing events, club nights, and art prizes to support struggling young Japanese artists in London. 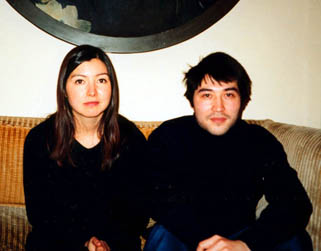 There are something like 100,000 Japanese people living in London. This figure excludes tourists and students. The figure is much larger is these are included. Because of the recent recession in Japan, the percentage of business people has declined in recent years, while the total number has remained roughly the same. This means there are more creative professionals and students. Generally they have submerged well into London life, and have adopted the individualism of the west.