This month’s cover design was designed by Jeremy Tai, co-founder of Fork Unstable Media in Hamburg, Germany. As you may know, he contributes to Info World Hamburg monthly. SHIFT interviewed him on his design life and source of inspirations that drives him design.

First of all, please tell us, what “Fork Unstable Media” is?

Fork Unstable Media is a digital design studio housing a mixture of young American and German designers and programmers specializing in cutting-edge solutions. The three partners – Jeremy Abbett (art, creation), David Linderman (art, creation), and Manuel Funk (marketing and business development) and are backed by a mix of eight other people. We have very mixed backgrounds: I’m Asian-American, David left a family of religious fanatics in the heart of American midwest, and Manuel is from southern Germany who spent some time in New York and came back to Germany. We see Germany as a playground for pioneering new ideas. But we also see it as a platform for seeing how far we can push the rigidity of the culture in our design and ideas. 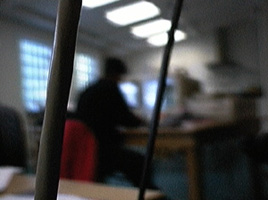 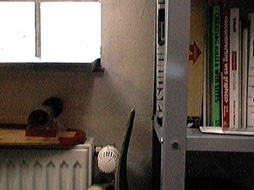 Can you explain about your own web site, Suture?

Suture is a place to throw-down ideas that I have running around in my head. A place for thought and experiments. A stomping grounds of sorts. Or perhaps a ‘Sketch Book’ in a digital sense. 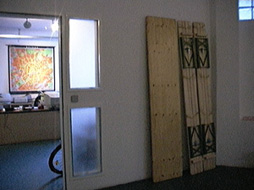 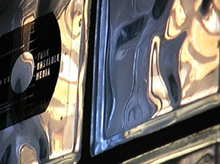 “Fork unstable media“, people who has each background gets together there to inquire into the possibility on web. And “Suture“, he expresses his personal field there.

On the other hand, he’s also a member of “Team China”. In “Team China“, edgy graphic designers such as David (DHKY), ‘suction‘, ‘23dreams‘,etc compete with having common ground.

What “Team China” is?

Team China is group of people that decided to show themselves on the ‘net.like a little community of boats strung together that communicate every so often but not all together, and at once.

How do you know Team China?

I first saw David Yu’s work for Giant Robot and then saw his site. That was my introductin into team china.

When you made the cover graphic for Shift this month, what did you image?

I remember when I first saw shift, a statement they used a lot was “Time For Things To Change”. So when i made the graphic, I was thinking about how the fall season brings so much visual change, like the leaves changing from their summer shade of green to a fiery red, orange, and yellow. A cycle in life. The shifting of seasons.
I think plants are interesting, especially this time of year when they decide to make a big exit by blushing and dropping-off from their summer long home. It is a time for change.

Please tell us about your surroundings to produce.

Macintosh G3, Photoshop 4.0, Freehand 8, Flash 3, Director 6, SoundEdit 16, BBEdit 4.0. I can program Lingo and Javascript. I’m in the process of learning DHTML. I hack together pre-existing scripts written in Perl and Java.

Normally I start with rough sketches and a pile of footage (Photographs, Illustrations, Sounds) and compose something in Photoshop. If there is a lot of structure in my idea I start with Freehand.