As the editor-in-chief of this magazine, I participated as one of the judging committee members again this year, I would like to introduce the artists who received the SHIFT Award and the artists who attracted our attention. 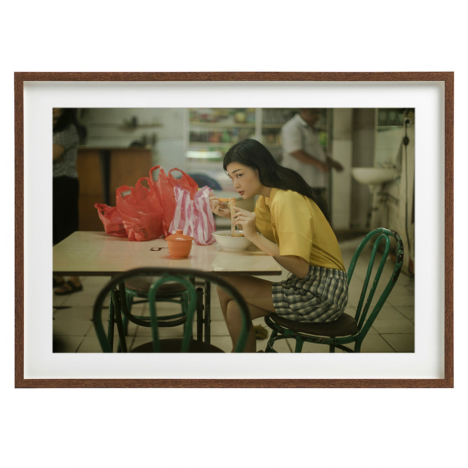 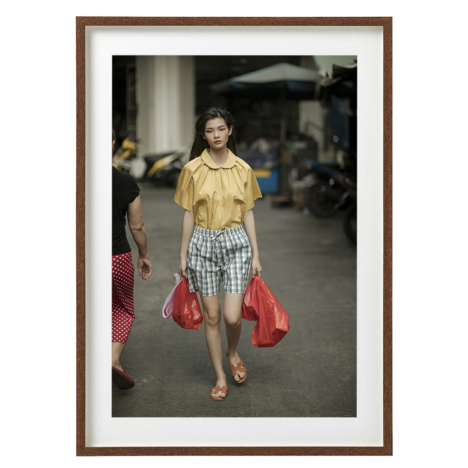 This time, the winner of the SHIFT award is an Indonesian photographer, RIOP. He presented a series of photographs taken in “Glodok”, a Chinatown in Jakarta, where it is his root as a half-Chinese. The photos focus on the beauty in everyday life, and the characters walking down the street with shopping bags look like supermodels.At first glance, it looks like a documentary, but it is a calculated and well-edited photo with a fashion sense that reflects his background of fashion. 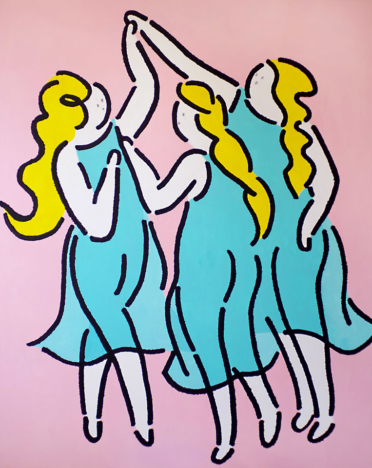 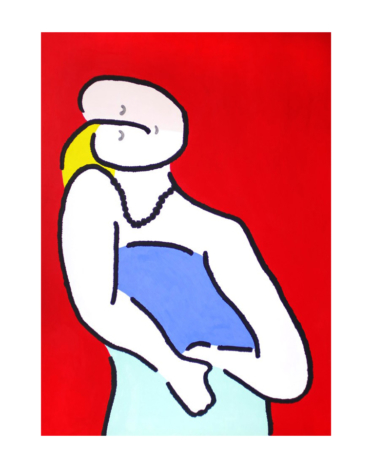 Chika Shirakawa, a resident of Fukuoka Prefecture, was awarded the SHIFT Award last year. While following the style of last year, this time she challenged herself to paint on people. She presented a new series of pop reconstructions referring to Western paintings such as Picasso, Matisse, and Botticelli. Although only three of her works were shown this year, she was awarded the Reviewer’s Prize and is one of the artists who attracted attention this year. Her works are more sophisticated in line, color, and composition than ever before, and we will be keeping an eye on the development of this series.

Atsushi Mune, a resident of Osaka City, attracted the attention from many judges and reviewers. He took the Japanese folktale “Saru Kani Gassen” as a motif and turned it into a picture scroll like a oldest Japanese Manga the “Choju-giga” (Bird and beast caricature). The presentation was impressive. It is not only individual works, but also in the way it took advantages of the characteristics from the online world, such as disassembling artworks and presenting them in a story-like manner, like the layout of comic frames. The fusion of the street feeling seen in heavy textures and ancient Japanese art with bold margins is exquisite and wonderful. Although the artwork is painted in acrylic paint, I felt that it would be more powerful in the context of contemporary art if it were developed into a Japanese painting such as a folding screen.