With the fact that Primavera celebrares their 10th Aniversary everyone was aware that this year the Festival can be one of the greatest ever in Primavera history. This Edition with brand new sponsor and being the only festival left (due to the crisis) who present a great variety of music and a large representation of all times indie-rock.

The tickets were sold like candies with a incredible line-up presenting Pavement, Pixies, Wilco, Pet Shop Boys, Wire among others 200 artist. 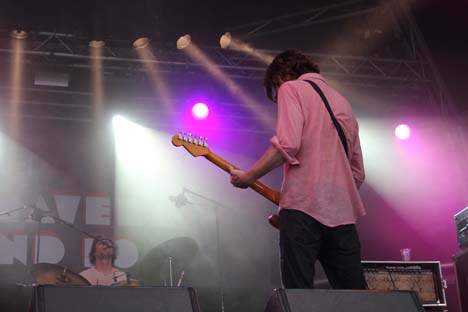 So after all this starting issues, the people run to the Parc del Forum for this year Edition. The festival couldn’t start better at the Pitchfork stage with the lo-fi garaje rockers Sic Alps (one of my favorites band) and they make a great start for the Festival. 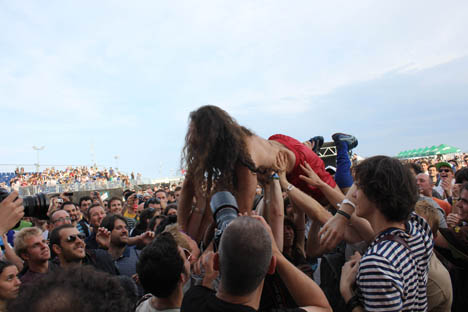 Right after I went to the Vice stage (better know for presenting the weirdest of the Festival) to see the SHOW of the wilds Israelians Monotonix. The show was as powerful as the once i’ve seen before from the band, with the plus that people didnt expected the craziness that they saw and everybody was into the show jumping and pogo dancing (this was just at 7pm the first day of the Festival). 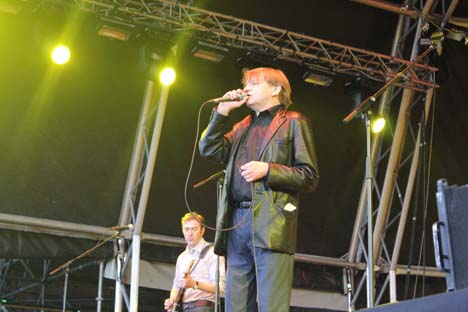 San Miguel aka the main stage also started on the top with the presence of Mark E. Smith and The Fall on stage. For a festival full of British audience this was like heaven. 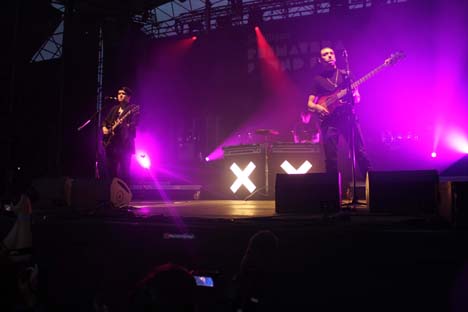 Then a little dosis of more garaje punk with the New Jersey band Titus Andronicus i think it was their first time in Barcelona, and the concert was fantastic. Suddenly the hughe crowd started to move together in one direction ¿? yes, at the RAY-BAN stage the new kids on the rock, the dark minimalism for the British The XX was for sure one of the most expected of the overall Festival and the band didn’t disappointed no one. 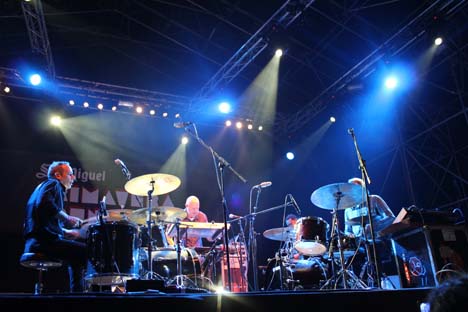 Talking of no disappointing the cult band from Chicago Tortoise performed at the ATP Stage one of the best show of all the Festival with their mix beetwen kraut, jazz, rock and funky. It was great to see the band live and great communion with the audience dancing the tunes.

Also the first day the tiny Ray-Ban Tent presented one of my favorites bands in a concert just for 20 or 30 people. The powerful band from UK Comanechi with wonderful Keex on drums Rock The Casbah. 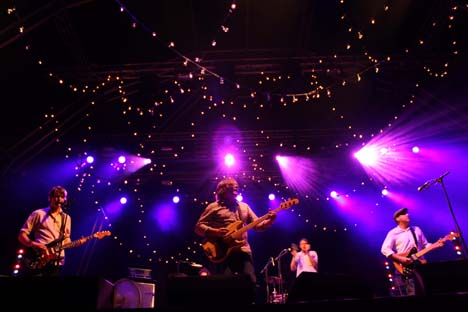 And of course to end up the first day all the people took a drink, some snack and look for a spot in front of the San Miguel Stage to wait for the legend of independent pop-rock the uniques Pavement from California with all the band re-united, the band started with the super hit “Cut your Hair” and then go through their sticky discography. It was a brilliant first day… one of the best ever!. 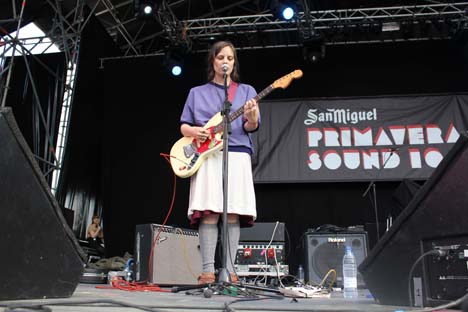 Friday was completly full of jewels as the first day, the only bad news was that many great band played at the same time and with the distance beetwen stages it was imposible to attended all. But, Hey! this happens when everyone in the line-up its great. So I started early at the ATP stage with the lovely and weird songs from Portland fairy Scout Niblett. Its just a pleasure to see her playing live. 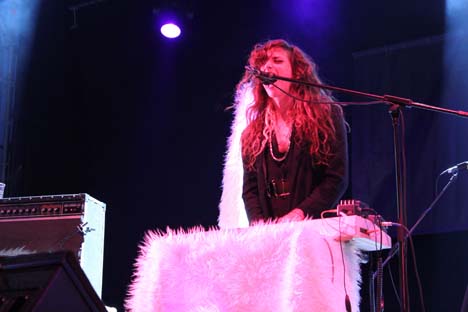 Lots of the audience (including myself) spend the day at the ATP Stage. Just right after Niblett the beautiful dream pop from Beach House delighted eveyone. I have to tell that the band have played in Primavera Club in the smallest venues in town and then in big stages and its ridiculous the great sound this guys have everywhere. Just brilliant! and the voice of the beautiful Victoria is a dream. Great show. 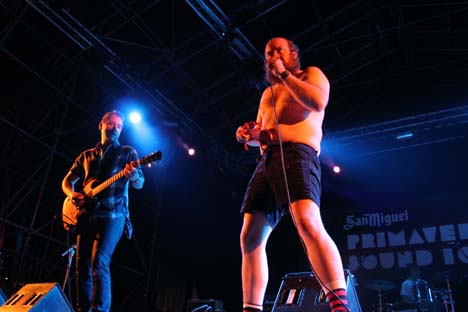 Talking about shows, right after at the same ATP stage one of the best and craziest concerts of the day with the New York rockers Les Savy Fav leads by the charismatic and wild Tim Harrington the concert was a hughe party and the people really appreciated with big ovation. 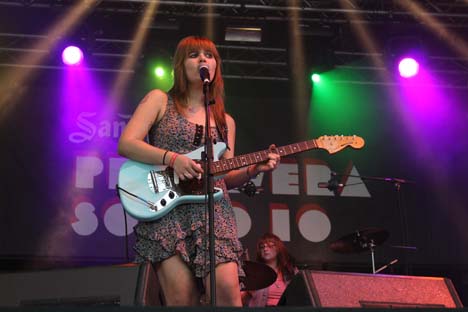 Pitchfork also presented a selection of the best bands nowadays with the presence of the fresh band from L.A Best Coats with their lo-fi pop rock followed by the L.A garaje indie rockers Ganglians. Both bands nailed with great shows. 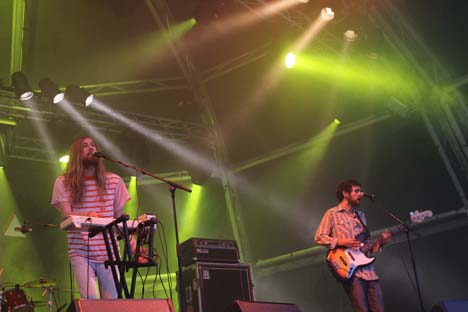 And with no time to lose it was the time to refresh and get a spot to see the legendary indie rockers from Boston, the super expected presentation of the Pixies. 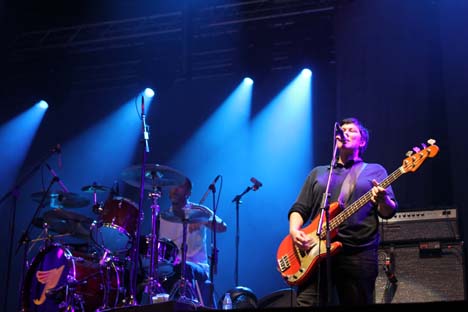 It seemed that all Barcelona was there and part of Catalunya because the Forum was packed as i have never seen before (I guess that the expectation of 100.000 visitors from organizer was completly fullfiled). At 01.15 pm they jump into the San Miguel stage to blast the audience with all time hits and long set of mythical songs. I don’t now it they love or hate each other, I just think it was incredible to see them live and it was the SHOW of the Festival. 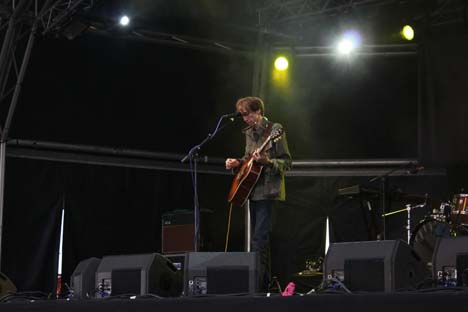 Saturday the people kind of recovering from last night hangover and started with a solo show at Pitchfork from Deerhunter front man with Atlas Sound, the show was really intimate and delicate. Followed for the crazy reggae funk psycodelia from the British amazons The Slits. 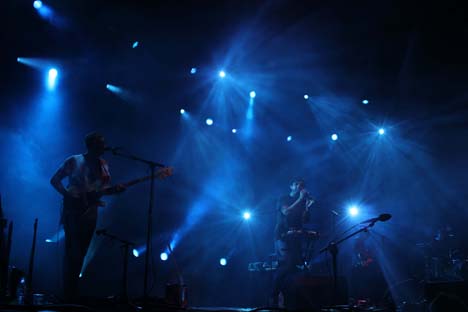 The ray-Ban stage was packed again for the elegant sound of the new yorkers Grizzly Bear. The band presented one of the best shows of the whole Festival with their pop-folk and psycoldelic sound. No doubt this band will become an all-time classic very soon. 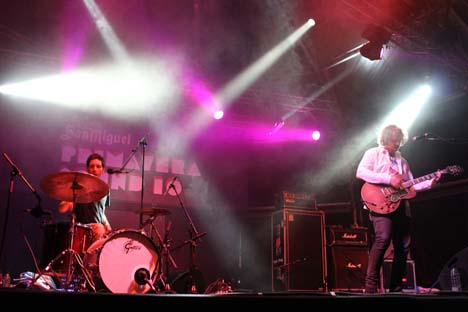 The portion of ambient noise and teenage fast punk was fullfiled by the young Primavera Sound veterans NO AGE the band have performed every year in town since their fisrt show a few years ago, and the audience its waiting everytime to have a blast, and crowd surfin all time. Great as usual. 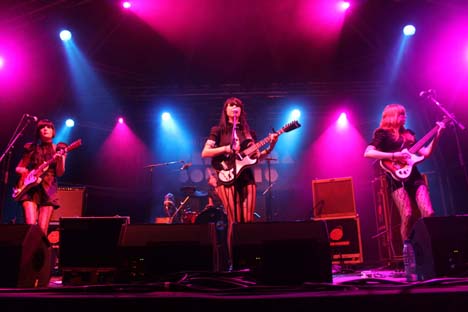 Also girls bands showed up with the presence of the beautiful dark style from the Dum Dum Girls both music and girls were seductive and attractive for the public and presented a fantastic show. 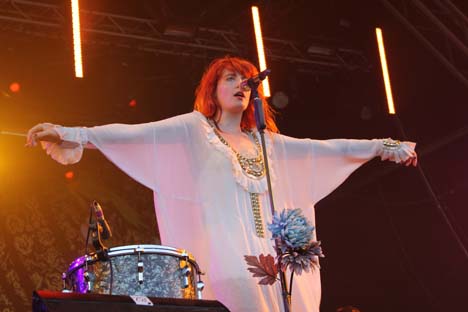 Talking about seduction, the San Miguel stage presented the fairy dream pop from the Scottish princess Florence Mary Leontine Welch Florence + The Machine.
Some audience stayed at the San Miguel Stage to check about the presence of one band I did not figure for Primavera Festival but that seemd that suited really good. 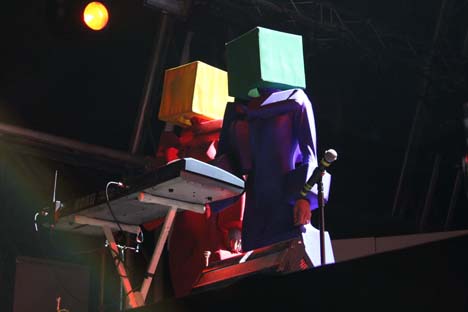 Coming with their Pandemonium Tour they stoped in Barcelona two head the Festival line-up the Pet Shop Boys parafernalia of sticky pop make the audience dance and it was party time on the last night of Primavera. 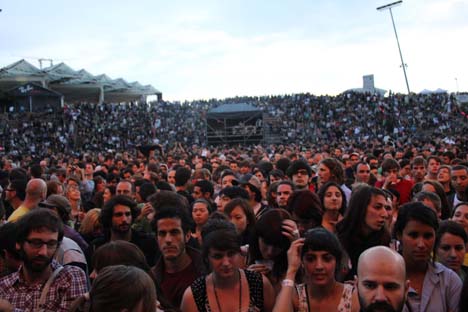 To say goodbye to this year wonderful edition of Primavera Sound we head to the Vice stage to lost our heads and we found the party on with the presence of The Almightly Defenders (a band formed by the King Khan & BBQ Show and the Black Lips so you can imagine). And the last show we were able to see also at Vice stage was the powerful noise sound from the Californians Health.

There was no time for more, we were exhauted and trilled by this edition of the Festival. I will like to congratulate Primavera Sound for 10 years of success and for the great time they gave all of us and profesional treatement to the press.

See you at Primavera Club!