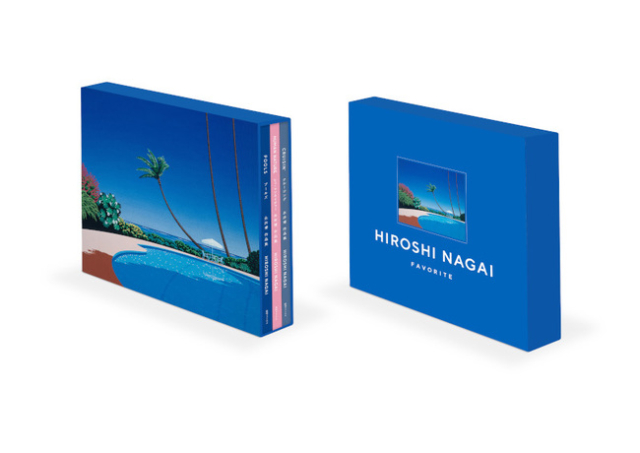 “FAVORITE” (POOLS, CRUISIN’, HUMAN NATURE), a new collection of works by illustrator Hiroshi Nagai, who is attracting a great deal of attention both in Japan and abroad, will be released from Japan’s only reprint request service Fukkan.com in late June.

Hiroshi Nagai is a popular illustrator who has been active in a wide range of fields such as advertising and music-related fields, including the jacket of Eiichi Otaki’s historical masterpiece album “A LONG VACATION,” which has become a big movement again this year, celebrating its 40th anniversary since its release in 1981. The scenes drawn by Hiroshi Nagai, which instantly make viewers feel “summer,” are deeply etched in people’s memories as visuals that symbolize the times, both in Japan and abroad, and for men and women of all ages.

The collection consists of three volumes, “POOLS,” “CRUISIN’,” and “HUMAN NATURE,” which are newly edited versions of Hiroshi Nagai’s long-time themes of “swimming pools,” “cars and travel,” and “people”. Like “NITEFLYTE,” which was released in the summer of 2020, each volume features 25 to 30 illustrations in a unique format that is laid out to fit the size of an analog 7-inch record.

To celebrate the release, a fair will be held at Daikanyama Tsutaya from June 21st, 2021.