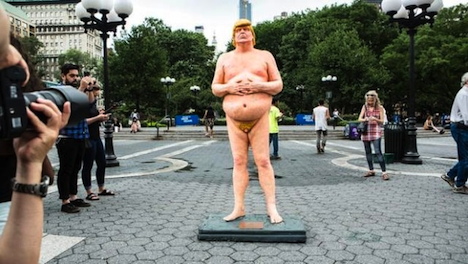 Naked Donald Trump statue entitled ‘The Emperor Has No Balls’ made by the anarchic collectives ‘Indecline’ which was installed without permission in U.S. Photo: Jason Goodrich

There is no exception in the world of art. The boycott movement “#J20 ART STRIKE” is planned to get art galleries in New York City closed in protest against Trumpism. Meanwhile, there were also voices against it as it should move actively to surpass the chaos. Some galleries are also preparing special programs for the day. There is a trend driven by artists to draw attentions.