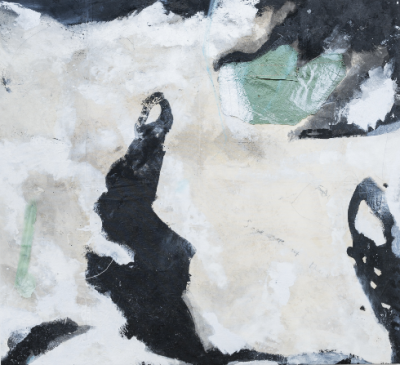 Beers London holds “In Search of the Sublime“, the second solo exhibition by British artist Peter Matthews. Over an intense period of time lasting several months between 2015 and 2016, Matthews journeyed through a series of physical outings in which he literally abandons himself within the Pacific Ocean off the coast of Taiwan.

Throughout repeatedly exposing himself to these gruelling, physically demanding and unpredictable periods, Matthews begins to create his work – risking health, and even his life, for the sake of his art. For Matthews, each day is an adventure, “found and revealed within the dynamic experience of wandering with the sublime, the mysterious, the unknown,” where Matthews paints in, on, and underneath the surface of the Pacific Ocean. But for Matthew’s the real object of art exists where the object loses itself in the subject, where the ocean and the painting are indivisible to one another and where the ocean and universe write their own image.

For this exhibition, the artist presents a new series of drawings and video works that illustrate the artist’s unique and very physical process of art-making in which he abandons himself for prolonged periods of time in the wilderness.