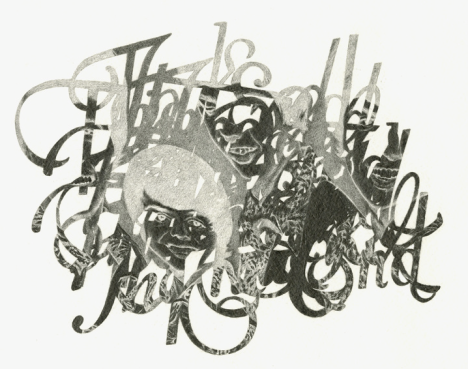 Colette in Paris is holding a visual artist, Eric White‘s exhibition till June 4th. His work has also been exhibited extensively in cities around the world including Copenhagen, Brussels, New York, Miami, Hamburg and Los Angeles.

His work is inspired by cinema – especially the golden age of Hollywood – and by an obscure pop culture seen through the lens of a satirical and fantastical schizophrenic dream logic. White can be considered one of the great pioneers of the oneiric realism that draws on American film culture to create original psychedelic visions in the most refined painterly manner.