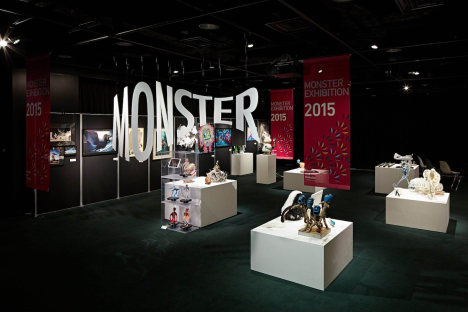 For “Monster Exhibition 2016” on this September, it is accepting applicants until May 31st. As themed as Monster (Kaijyu), it’s the 4th traveling exhibition of films, paintings, formatives, graphics designs and photographs in Tokyo and New York.

Kaijyu is also the popular culture of Japan, but for this exhibition it’s the representation of the tsunami that swallowed the coast of eastern Japan. With not coming to convey sadness and showing works for everyone to enjoy, they aim to continue an activitiy that do not ruin the Great East Japan Earthquake even a little.

The genre of this application is wide; not only art, and the representation including interiority and human behavior has a diversity of the interpretation about monster that is not necessarily the creature. After exhibition in Tokyo, it will travel to New York and provide an opportunity of challenge for young creators.