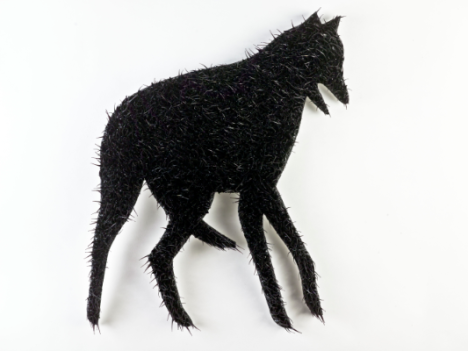 The thought-provoking exhibition “Without Camouflage. Dafna Kaffeman. Silvia Levenson.” has started at The Museum of Craft and Design in San Francisco. It features the work of two artists who are among a select few that combine glass with fiber and other materials to make powerful social and political statements.

They see themselves as shamans, drawing attention to evil as a way to precipitate a cure. Their work emphasizes that such conflict is the result of a few individuals rather than multitudes.

Since 2003, Kaffeman has addressed the complex social and political issues of living in Israel, a land burdened with sacrifice, grief, and remembrance. Levenson’s earlier work used autobiography to comment upon love, domesticity, and mankind’s obsession with happiness.