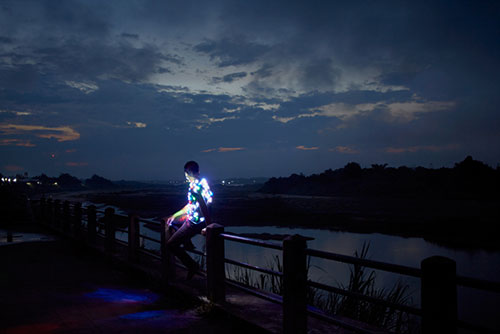 From July 26th, at ART GALLERY miyauchi in Hiroshima will hold “TODAY IS THE DAY: Proposal to the future“. This exhibition was curated by a artist Noritoshi Hirakawa and one-time director of the Whitney Museum of American Art, David A. Ross, and co-directed with TODAY IS THE DAY Foundation and the gallery.

Now we are faced with the limits of philosophy exposed the modern society through the Great East Japan Earthquake, artists from various countries who selecting their own works that should be presented “today” and are to show positive visions for the future, reached its 70th anniversary of atomic bombing. In addition, it’s a very valuable exhibition that eight artists are planning a new work or remake works, among the exhibiting artists of the world-renowned contemporary artists 16 people. During the exhibition term, not only the opening party, the session of the opening talk, the Symposium “Manifesto of Hiroshima” will be held. Precisely because of now, it’s the time to feel the “today” through art.