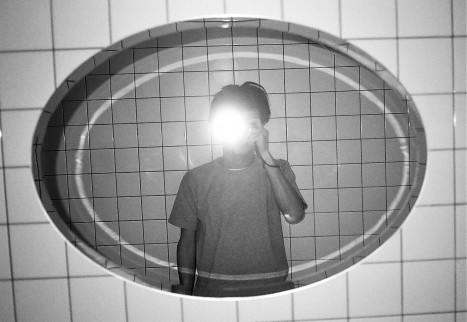 The osaka-based producer and musician Takamasa Aoki continues his long-term project that focuses on the modulation of rhythms and grooves. It began with his first ep‚ rhythm variations‘ in 2009, released as part three of the unun-series.

Besides his collaboration with raster-noton, he released records on several labels like commmons, PROGRESSIVE FOrM and op.disc. He explore and focused on the variations of rhythm, groove in this album “RV8”.

Also the exhibition of the hybrid design project “A.M.” by Takamasa Aoki and graphic designer MAA will showcase T-shirts at the gallery space KATA in the second floor of LIQUIDROOM from May 14th to 18th, and the release party of the “RV8” will be held at May 17th in the same venue.