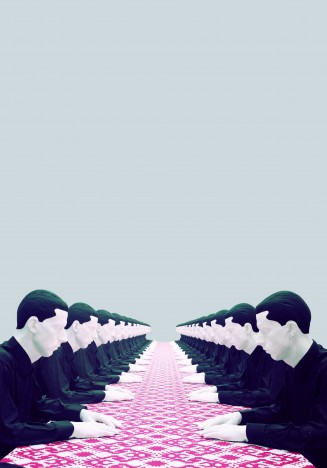 As the 20th anniversary of the museum, MMK Museum für Moderne Kunst will exhibit its collection in an unprecedented overview exhibition entitled “MMK 1991–2011: 20 Years of the Contemporary” at 3 different venues: MMK, MMK Zollamt, and four thousand square metres in a building slated for demolition in the MainTor-Areal on the bank of the river Main in Frankfurt. It will be shown from June 19 – October 9.

For the first time in its history, the multiplication of the MMK’s exhibition space will allow it to spread out works by nearly all of the artists represented in the collection in a unique presentation. In addition to the staging of major works of outstanding significance by Nam June Paik, Christian Boltanski, Ai Wei Wei or Franz Erhard Walther in new constellations and spaces at the MainTor-Areal, works from the MMK holdings never before shown to the public, for example by Michel Majerus, Ceal Floyer or Holger Bunk, will be introduced.